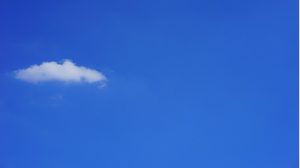 Sage has announced the appointment of Aaron Harris as Chief Technology Officer with immediate effect. It sees another member of the Sage Intacct leadership team join the Sage executive team.  Rob Reid, EVP and Managing Director at Sage Intacct Inc is already advising Steve Hare, CEO Sage on cloud matters. Harris spent nineteen years at Sage Intacct, as CTO before its acquisition, when his role became SVP, Head of Engineering and Technology. Harris is the architect behind Sage Intacct which is the main growth engine for Sage cloud ambitions.

Hare commented: “Aaron has proven experience of building a great SaaS company, and will bring that experience to our innovation agenda at Sage, ultimately helping us make our customers more successful. It has been fantastic to work closely with Aaron in his role at Sage Intacct, and I am pleased to bolster the technology experience on the Executive Committee with his appointment.”

There is however a huge difference between growing a company with a single product and working out what needs to be done with the fleet of Sage products. He will be supported in those efforts by Lee Perkins who becomes the Chief Product Officer, a role Perkins has held as an interim position since the beginning of the year. He was previously EVP Global Diversified Portfolio and has also been EVP & Managing Director, UK & Ireland in the past, twice. The previous CTO, Klaus-Michael Vogelberg has not left the company but will continue to sit on the Executive committee to assist Harris, though for how long is unclear.

This is a step up for Harris into a role that comes with an array of challenges, though in some ways Perkins role is the harder one. Sage has a lot of good technology, that he can leverage, notably its AI bot engine. Looking forward he may need to make some tough decisions about what to do with both products and technology. He will need to sort out which technology stacks to focus on and how they interact with the products inside and outside Sage Business Cloud. There is also the question of what Sage Business Cloud is. Is it a set of distinct products under a marketing umbrella or is it a technology path that customers can move along as they grow.

For Harris it is recognition of the job that he has done for Sage Intacct and a chance to make a difference in an even bigger company. Harris, commented: “I’m very honoured to be asked to become the CTO at Sage, as we accelerate our drive to become a great SaaS company. Since joining Sage in 2017 through the acquisition, I have become increasingly involved in helping shape the technology agenda and I am delighted that I am now joining the Executive Committee and will play an even greater part in creating the future for Sage and our customers.”