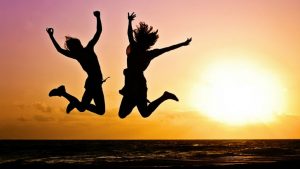 Xero announced its full year results last week for 2019. It has achieved a 36% growth in operating revenue, which now stands at $552.8 million (34% growth in constant currency). Annualised Recurring revenue grew 32% to $682.2 million. It also saw higher growth outside its home markets. This is no more apparent than in the UK where it added 151,000 subscribers in the full year. Impressively it added 108,000 of those in the second half of the year, perhaps boosted by its first TV advertisement in the UK.

It also achieved its first positive free cash flow result.  Of $6.5 million, or 1.2% of FY19 operating revenues. Operating cash flow is at $114.2 million for FY19. This may mean a continuation of its acquisition strategy

CEO Steve Vamos commented: “We’ve delivered a strong result with a number of major milestones for Xero including our first positive free cash flow result, and the UK adding more than 100,000 subscribers within a six-month period. Another important milestone was the positive bottom line result delivered in the second half, which demonstrates our improving profitability.

“As we head into FY20 and beyond, we’re making great progress towards our strategic priority of driving cloud accounting adoption globally. We have a genuine competitive edge by prioritising investment in growth, and partnering closely with accountants and bookkeepers, to deliver a human-centered technology experience for small business communities across the globe.”

Its impressive 1.818 million subscriptions is made up of:

Some of the increases are influenced by the acquisition of Hubdoc, notably in the US where growth compared to the total addressable market is still low compared to rival QuickBooks. However the UK results are significant and Gary Turner, MD UK, Europe, Middle East and Africa celebrated ten years of stewardship. He commented in a tweet: ”Xero’s growth numbers just out — Team UK still pulling 45% YoY revenue growth ten years after I first pulled on my Xero T-shirt. Thanks, Team.”

Maintaining that growth over such a long period is an impressive achievement. Xero has now captured a significant share of the UK market, both from Sage and net new startups. Importantly its strategy of working closely with forward thinking accountants is paying off. It was also one of the first companies to attain Making Tax Digital compliance. With the acquisition of Instafile is now has a complete tax compliance solution for UK businesses which is further helping to boost growth.

US strategy evolving for Xero

The US market is highly competitive and Xero, under new leadership is aiming to become the second choice to QuickBooks. Growth has accelerated slightly and it has signed agreements with Chase, Citi and BBVA Compass in the last year to compliment the deal with Wells Fargo and others. In the investor presentation it says is now focusing on a vertical strategy with complementary apps. Its first target is the agricultural sector, it clearly believes that there is space in that market to grow.

For its other markets Xero is still in the early stages of its life. It will need more time to see the kind of penetration in the far east and South Africa that it has achieved in the UK. There is also the question of when Xero will become multi lingual and target even more markets.

Xero is no longer the start-up it once was. The positive free cash means that it now has to consider where, and in what, it will invest. It does not have the R&D dollars that QuickBooks does and the vertical strategy in the US is a smart play. It claims to have more than 700 connected apps in its ecosystem. On its different marketplace each region has just under 500 apps so this is possible. That number, especially in the US could help it gain success in certain target verticals as it looks to bring on board specific applications. It will be interesting to see whether it partners or acquires applications in those target verticals. Doing the latter might increase the cost of entry for QuickBooks.

It is a play that in time it may also consider in ANZ and the UK markets. As the UK and ANZ markets matures, ensuring that it understand which verticals it operates in is important for retention. If it can extend the life of customers through add-on applications they are less likely to consider a move to a mid-market ERP.

These are yet another strong set of results from Xero and the shares have climbed to AU$61.30 compared to AU$39.86 a year ago. ET expects Xero to hit the 2 million subscriber mark soon, an event it will celebrate.

The risk is that by moving towards a more mid-market play it risks leaving behind the SME market to competitors such as CountingUp who target sole proprietorship’s.