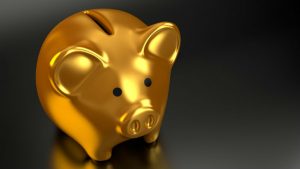 Xero has announced the acquisition of Instafile for £5.5 million. The acquisition is due to close in December 2018. Instafile was only founded in 2016 by Keith Carsley and Alvin Ho. It is a certified Xero add on application that assists companies and accountants with the filing of accounts and corporation tax returns with both Companies House and HMRC.

The terms of the deal will see the money paid over a three year period, dependent on certain objectives being met. With the recently announced completion of MTD functionality, this gives Xero one of the most automated tax filing solutions in the marketplace for accountants and small businesses. This is Xero’s first acquisition since it raised funds of US$300 million in October.

The acquisitions will help to consolidate its continued growth in the UK market against competition from QuickBooks and Sage, as well as some smaller startups.

Xero continues to make good on its promise to assist accountants through automation of their processes. Filings can often be one of the most time consuming.  Xero Managing Director, UK & EMEA Gary Turner commented: “The acquisition of Instafile will connect the ‘last mile’ between the Xero platform in the UK and HMRC for accountants and bookkeepers. Tax filing functionality has driven significant Xero partner market penetration in Australia and New Zealand, and we anticipate a similar boost in the UK given our sizeable addressable market.”

The one region in which Xero has struggled to make a significant impact is in the United States. There Intuit, with QuickBooks is providing stiffer competition than MYOB in Australia and Sage in the UK. One wonders whether the next acquisition will be more strategic, and in the US. However, Intuit has deeper pockets than Xero so it will need to be a clever one.

The announcement came during Xerocon London 2018 with the company also unveiling several other product updates. Some of these such as MTD filing will assist accountants, other users.

For accountants they include:

Xero has also brought in several other changes during its October release, these include:

For premium subscribers email to bills functionality. Xero will strip data from PDF files send to Xero and create bill entries pre-populated with the following data:

Xero has added Trello integration through a Trello power-up. This links Xero Projects project accounting to Trello, enabling users to track time in Xero against Trello tasks. Additionally for project based organisations it will soon be possible for Workflowmax customers to use a single sign on for Xero and Workflowmax, enabling them to benefit from the same security architecture

Some bank feeds are now faster., Customers of Tide, Starling, TransferWise, Revolut and Soldo are to provide faster feeds to Xero. This is still a frustration for small businesses especially with certain larger banks. Though some of the issue lays with the banks and it outside the control of Xero.

During November it is also introducing a new UI. This include a new blue navigation menu. The intention is to improve the navigation within Xero making it easier to use. The update is already available to view in the Demo company.

Through the acquisition of Instafile Xero is maintaining its pressure on Sage. Xero continues to drive automation into its product through a combination of approaches. Intelligent acquisitions such as Hubdoc and Instafile help add functionality. It is also makes considerable improvements to its product every month continuing to deliver on its promises. One remaining question is how quickly it can rise in the United States. It faces stiffer competition there from QuickBooks. Intuit also has designs on more internationalisation. Neither Xero nor QuickBooks has much of a presence outside Anglophone countries, that might change in the short to medium term.