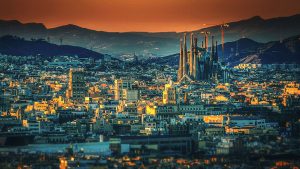 The Cloud Native Computing Foundation is holding its annual European conference in Barcelona this week. Alongside the CNCF conference is KubeCon, a project that is part of the CNCF. Over 9,000 people are expected to attend making it the biggest conference CNCF and KubeCon has held. Enterprise Times got a chance to talk with Alexis Richardson, member of the Technical Oversight Committee and the CNCF. Richardson is also the co-founder and CEO of Weaveworks, a company that specialises in Kubernetes solutions.

It has been an incredibly busy time for the CNCF since ET last spoke with Richardson. There are now more than 30 projects under the CNCF including Kubernetes and Envoy. Richardson expects that number to grow over the next year. To deal with this, Richardson says the CNCF is introducing Special Interest Groups (SIGs). It allows the TOC to devolve some of its workload without losing control of new projects and ideas.

Control and cohesion for the CNCF is important to Richardson. He wants to be sure that all the projects going through the CNCF are viable and fully supported. To do this there are various stages that a project will go through from sandbox to incubation and then graduation. There is even talk of a kitemark or some other marker that would assure potential users that there are companies out there offering commercial support for a project.

Richardson wants the CNCF to be the place where projects, education and users can come together with the open source community around the cloud native platform. Importantly, unlike many of the open source foundations, Richardson accepts that cloud native may not be a single stack. This is because there is no one-size-fits-all. Richardson firmly believes that a single stack becomes too restrictive. Given the speed of change in open source, this is about flexibility and meeting often changing use cases.