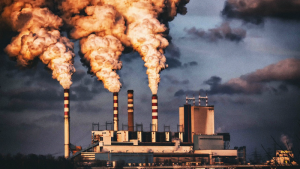 Two recent reports, one arguing that the cost of coal now exceeds that of renewables for electricity generation and the second analysing the oil impact of e-Buses in China, make for thought. In some senses they provide optimism. But this is not unalloyed.

The e-Bus angle and the implications for oil

By the end of this year, BNEF calculate that a cumulative 270,000 barrels a day of diesel demand will have been displaced by electric buses (e-Buses) around the world. Most of this will occur China, which continues to lead the world in adopting e-Buses. As Bloomberg comments, those 270,000 displaced barrels represent more than three times the displacement by all the world’s passenger electric vehicles to date.

Looked at in three other ways:

Even if only 80-90% accurate, these are astonishing figures. If one could add in a reasonable proportion of commercial vehicles – like most short haul and with some long haul trucks – the cumulative dent in oil consumption would be significant, especially in China, India and other populous countries where public transport is most common.

According to Energy Innovation “Coal generation is at a crossroads in the United States, or more precisely at a ‘cost crossover’. Due to the rapid recent cost decline of wind and solar, the combined fuel, maintenance, and other going-forward costs of coal-fired power from many existing coal plants is now more expensive than the all-in costs of new wind or solar projects.”

Such a cost crossover raises questions for utilities, and regulators, as to why coal plants should keep running instead of exploiting the new sources of renewable power. “Our research finds that in 2018, 211 gigawatts (GW) of existing (end of 2017) U.S. coal capacity, or 74% of the national fleet, was at risk from local wind or solar that could provide the same amount of electricity more cheaply. By 2025, at-risk coal (-based power generation) increases to 246GW – nearly the entire U.S. coal fleet.”

The report goes on to suggest an imminent sunset scenario for coal as a source of electricity generation in the U.S. While not all coal power stations will close immediately, the probability is for a steady stream of closures as individual plants become uneconomic and as the one advantage of coal, its value as a dispatchable (if not always flexible) means of electricity generation, lessens as electricity storage becomes affordable and practical as an alternative for delivering dispatchable supplies.

Implicitly, this could have as profound an effect on both coal and coal-powered electricity generation, and their stakeholders, as did, for example, the 1980s decisions to close mines and steels works in the UK. The latter, in particular, left stranded whole communities – and repetition should not be allowed to occur – whether in the U.S. (which this coal crossover report is about) or more broadly elsewhere.

That said, if renewable solar and wind energy can provide the generation capability to power those e-Buses (and some trucks), transport will become environmentally cleaner and potentially cheaper.

These two reports demonstrate a congruence which could have a significant impact on enabling a less dirty world. Generation and consumption combine – with each reducing pollution. Now add in the fact that both the UK and Germany can, on occasional days, already provide 100% of electricity demand from renewable sources and it is possible to envisage a very different environment.

Whether or not this is in time to benefit the globe is another issue. But the potential is there, if stakeholders (whether governments, regulators, investors, operators or employees) understand the bigger picture as well as the trade offs. The latter, especially where those concern people, should not be forgotten – as happened in the de-industrialisation of the late twentieth century in the UK.