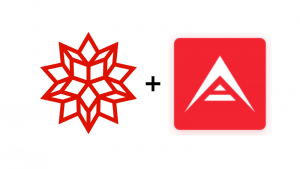 Wolfram Blockchain Labs (Wolfram) has announced, at SXSW, an integration between its DLT hosting architecture and the ARK Ecosystem. The effect of this collaboration will be that the ARK public API will become part of the Wolfram Language.

Pointing to Wolfram’s history of software engineering and solutions built into the Wolfram Language, Kristjan Kosic, CTO at ARK, said: “This integration will enable programmers and researchers to operate at a significantly higher level than ever before, by leveraging built-in computational intelligence that relies on a vast depth of algorithms and real-world knowledge carefully integrated over three decades into the Wolfram Language. We are very proud to work with the Wolfram team to provide this integration and add this to our already large number of integrated programming languages.”

ARK is a platform for blockchain development and creation. It claims to make: “it easy and intuitive for anyone to create their very own blockchain, much like WordPress and Wix have done for website creation”.

ARK aspires to build an entire ecosystem of linked, customised bridgechains and projects which allow everyone to interoperate with each other. Users can customise ARK-based chains for:

In effect ARK aims to empower users to create their own blockchain by providing a wealth of creation options and use cases. It is this breadth which Wolfram is integrating with the Wolfram language.

The implication of the ARK API inclusion

Adding the ARK public API to the Wolfram Language means it is programmatically available, with universal and consistent functions for building services using data from ARK nodes, for:

Wolfram Language functions enable access to Testnet and Mainnet networks to create and access transactional data posted to Bitcoin, Ethereum, ARK and other blockchains. By integrating the ARK public API within the Wolfram Blockchain Lab DLT hosting architecture, developers can:

Christian Pasquel, Director of Connectivity for Wolfram Blockchain Labs, added: “Integrating ARK blockchain with the Wolfram Language was a straightforward task thanks to their well-documented system and intuitive methods.

“By supporting the ARK blockchain, we are joining an already active ARK developer community and opening the doors to a new dimension of blockchain computable data that will allow users and developers to create production-grade applications, as well as experimenting with ARK’s innovative technology, data structure and consensus.”

Enterprise Ties: what does this mean

Wolfram Blockchain Labs provides distributed ledger technology ecosystems and is the DLT-focused subsidiary of Wolfram Research, Inc, the creator of Mathematica, Wolfram|Alpha and the Wolfram Language. This alone makes this integration worth noting. Wolfram and ARK are now rolling out the functionality to users in a closed beta for their community members. It will become broadly available later in 2019 (unspecified).

Perhaps more significant is this adds another tool set to a nascent blockchain development ecosystem. Thus far, most blockchain activities have been hampered by the lack of sufficiently friendly tools. This has held up progress. Arguably, integrating the Wolfram Blockchain and Language, and the ARK API injects computational intelligence into the blockchain environment.