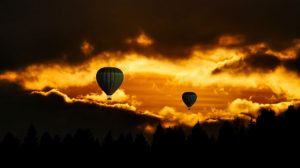 The Rt. Hon. Jeremy Corbyn delivered the post lunch keynote speech at the annual Make UK conference. The audience had been well primed by Andrew Neil who had pulled few punches on the performance of both the government and the opposition. Neil noted that this was the first time in modern, and even possibly parliamentary history, when both the government and opposition were “terrible”. He added that it was “the most undistinguished political class in modern history.”

Neil had been followed by RT Hon Greg Clark MP Secretary of State for business energy and industrial strategy. His speech had little in the way of substance other than to confirm the governments desire to back British Manufacturing. He repeated the view that many see manufacturing as a forgotten sector and believe that it is languishing at No 56 in the world rankings for manufacturing output. In fact, the UK has the ninth largest manufacturing output globally. Though it did slip down the rankings one place below France in the most recent statistics.

Neil had highlighted that the energy expended on Brexit has meant that the Government has not focused on more constructive initiatives. Clark mixed platitudes for Make UK with little in the way of new constructive commitments to the industry that many in the audience wanted to hear. He did offer unspecified help to those organisations that would suffer from the Honda plant in Swindon.

As the leader of the opposition it is easier for Corbyn to announce initiatives that a Labour government might put in place if they are elected at the next general election. A desire that he commented upon during his speech. He announced that Labour would spend £350 billion on capital infrastructure and R&D to benefit every region in the UK. It would also set up a National Investment Bank with over £25 million for patient capital to help deliver funding for green industries and the technology of the future.

More interesting was the announcement that Labour is forming a Life Long Learning commission. It consists of fourteen experts co-chaired by Baroness Morris of Yardley and the general secretary of the Communication Workers’ Union, Dave Ward. Corbyn said the aim was that Labour “Will create national education service, freely available to everyone whatever their age.”

He added that the commission: “Will come up with exciting ideas that we will put into practice in the next government.” Corbyn seems to have already had several objectives in mind for the commission, they included:

He summarised by saying: “It makes no sense for people to be only educated for the first quarter of their lives.”

Unlike the national infrastructure and investment bank where it was unclear where the funds would come from, Corbyn stated that Labour will ask employers to invest in employees as well. How much or in what way was not exactly clear.

The questions faced by Corbyn were focused mainly on the breakaway of the then seven MP’s from the Labour party. Corbyn’s succinct reply included: “Dissappointed that a small number of MP’s took a different path.” He thanked them for their work but clearly preferred to draw a line under the matter for the time being. It is a question that is going to appear again.

Interestingly, when asked about the closure of Honda in Swindon he said that it was not directly connected to Brexit.

For an organisation that champions manufacturers in the UK, the audience felt a little let down by the content and commitment from the government especially. While manufacturing output may still be higher than many other nations it is none the less falling in comparison. Investment in education is a long-term initiative that may be beneficial.

The Life long learning commission could be a positive move. It highlights the work that Linda Gratton has done in the field, although, neither she nor her co-author Andrew Scott are members of the new commission. If the commission can come up with concrete ideas, some of these may cross party lines and become adopted by whichever government is in power in the next few years.

Hopefully, next year Brexit will have been sorted and the political speeches will have more substance for the UK manufacturing sector. Manufacturing is important to the country, but without better support is likely to fall further behind other countries despite the best efforts of the manufacturers themselves.

Infor scores a $1.5bn investment ahead of likely IPO

Why retailers and brands need to sit-up and listen and get...