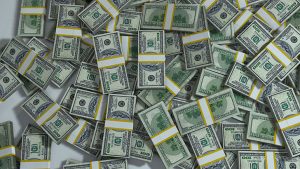 ERP vendor Infor has received another sizeable investment from Koch Equity Development (KED) and Golden Gate Capital. It comes on top of a previous investment of over $2 billion in early 2017. The money comes as Infor prepares for a potential IPO sometime in the next two years. The timing of that announcement will, according to the press release, depend on market conditions.

In a statement Charles Phillips, CEO of Infor said: “Koch and Golden Gate Capital have been phenomenal partners for Infor, and all of our 17,300 employees are excited about this milestone as we prepare for the next stage of growth.”

A company focused on R&D and cloud

At Inforum last September, Soma Somasundaram, Chief Technology Officer said: “We have invested over $2.5 billion in R&D.” That R&D has centred on Infor CloudSuite. Unlike many of its competitors, Infor has created industry vertical versions of its CloudSuite software. This has allowed it to deliver industry expertise using common components. It is a move that has appealed to many of their largest customers who operate in different markets.

That investment in products has paid off handsomely. Kevin Samuelson, also on stage at Inforum, said last year was huge financially. The company had record cashflow built on $3 billion in revenue. It also achieved the first $2.5 billion investment from KED during that year (Credit: Crunchbase).

What is not clear is where the money will go. Infor is betting big on its Coleman AI solution. There are two new updates for Coleman due this year.

The first will be the Coleman AI Platform which Massimo Capoccia talked about in a podcast with Enterprise Times. The second is the Coleman AI for video and audio.

The new funds may go towards R&D in these areas or even into Talent Science, another hot topic for Infor. There is also the possibility that this is about some key acquisitions ahead of the IPO announcement.

It’s a good time to be an ERP vendor, especially if your software runs well in the cloud. Organisations are adopting ERP at a significant rate. That is leading to record years for many of the larger vendors in the space. But to take advantage of the growing market, organisations need investment. KED has provided that and continues to support Infor going forward. However, the announcement that the IPO will occur sometime in the next two years also suggests that KED is now wanting something in return.

In some ways KED has already benefitted from its investment in Infor. It was a customer before it invested and has deployed the software across its various businesses since. This is the sort of investor relationship in a supplier that large organisations like. It is also good business. You get access to products very early, you have a voice at the table and if you choose the right company, you stand to make many times more than having cash in the bank.

The big question now is at what level the IPO is set and how much of Infor will be offered for sale?