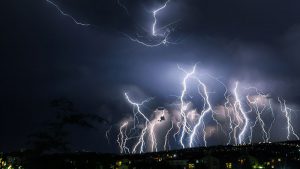 Salesforce has announced Lightning Web components. These are self contained, re-usable units that are used to make up an app. Developers can now create these using a JavaScript programming Model. This will be welcome news to IT departments and developers. They can now use their JavaScript skills to create new web components for the Salesforce platform. For Salesforce, many more developers can now develop on their platform, bringing even more features to share and reuse across the ecosystem.

Developers can use the programming model alongside the existing Lightninig developer services and low-code tools to create reusable code block for Lightning apps. The pace of Salesforce growth and the requisite need for developers has outpaced the ability to for the market to supply them. According to recent research by ACT, The App Association: “Nearly a quarter-million job openings for software developers in the United States remain unfilled.”

This is a skills gap that is made worse by the number of computer languages that developers could master. In moving to an open standards, JavaScript strategy, Salesforce has reduced the headache for businesses, as more developers will have the requisite skill set. JavaScript is also taught in some universities which means that graduates do not need to go through an often lengthy and costly learning process before they are productive in the work place.

Customers seem to like the approach. Stephan Paquet, Senior Architect IT Applications, Ciena commented: “Lightning Web Components will let us build apps that are able to present data from many sources in a component-based way, which is crucial given the number of custom apps we have across our business. I applaud the standards-based approach Salesforce is taking with this new programming model by opening it up to JavaScript developers.”

Are Salesforce shifting to a Open Standards-Based Model?

No. This is not a re-architecture of Salesforce to remove the reliance on Apex or its development platform. Those are still in place and there is still a shortage of developers with those skills. The Lightning Platform now includes several features that the JavaScript developers can take advantage of.

With support for ES6+, developers should be able to take advantage of most of the latest features of JavaScript. As is usual for Salesforce the announcement is accompanied with a set of documentation including a Lightning Components Developer Guide. One advantage of Lightning Web Components is that the code is executed within the browser. This makes its faster to execute than some other methods. Anil Sistla, Platform Architect, Schneider Electric, commented on this: “Lightning Web Components have the potential to fundamentally change how we do app development. The performance gains have been significant so far, both in terms of speed and stability, and we see Lightning Web Components as a great way to help us realize our digital transformation goals.”

There is support for the latest versions of Microsoft Edge, Google Chrome, Mozilla Firefox and version 1.X of Apple Safari. The Lightning Component framework is also built on the open source Aura framework. This allows developers to create code that is independent of Salesforce data.

Companies are now able to leverage a wider range of Salesforce Tools to increase the output of development teams. The tools now available include developer tools such as Salesforce DX, Lightning App Builder and Lightning Flow. Organisations should be able to onboard new employees faster now. They can also use the tools to develop apps that integrate with IoT, Einstein, Salesforce CRM and other Salesforce applications faster.

Mike Rosenbaum, EVP of Product, Salesforce commented: “We are constantly working and looking for ways to help our customers go faster, innovate and deliver new products to their customers and employees,” said: “With Lightning Web Components, we are giving developers a new, sophisticated, standards-driven framework for building enterprise apps on Lightning. Every time we have released a new platform capability, we see an acceleration of innovation in our 150,000 customer base and we are excited to see what our community of developers will be able to create with Lightning Web Components.”