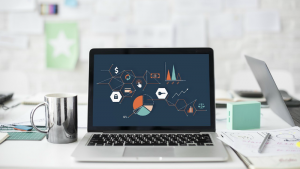 The Primalbase Lease Market enables members – those who hold Primalbase tokens – to lease their tokens for a set price and time to individuals. Anyone who leases a token can use Primalbase’s shared workspaces for a period of their choosing.

Ralph Manheim, CEO of Primalbase, said: “We’re delighted that Primalbase Lease Market has been launched. It will benefit both our members seeking to maximise the value of their tokens and individuals looking for affordable, flexible and high-spec hot desks in the heart of some of Europe’s biggest tech communities.

To lease a token, people visit the Primalbase booking site. There they:

An algorithm then determines the best-available and priced tokens and presents the cost in Euros. By completing the transaction, the Ethereum in the wallet transfers to the token-holder with Primalbase taking a 10% administration fee from the token-holder (though there is no administration, deposits or notice periods for people wishing to pay to lease a desk).

Use of blockchain and Primalbase

Primalbase is founded by a group of researchers and developers and driving the development of new technologies. It aims to establish a physical ecosystem for the global tech community by demonstrating how a technology like blockchain can apply in a traditional industry like commercial real estate. Blockchain streamlines processes. It brings transparency and efficiency, as well as triggering the building of a strong tech community.

Primalbase believes its approach represents a first in Europe. Unlike other co-working companies, token-holders:

Its space is aimed at entrepreneurs and developers working in emerging tech fields such as blockchain, cybersecurity, big data, AI and many others. An emphasis is placed on members collaborating and supporting each other to create an innovative community. Primalbase also hosts tech events and workshops in its offices Amsterdam and Berlin – along with a new 400 sq metre office in CityPoint building near Moorgate Station (in London).

Lease Market is immediately available for its Amsterdam and Berlin offices. Primalbase says it will add London in the coming months. (Businesses may also, in the future, be able to rent permanent office space in the traditional manner – if they work in emerging technology and contribute to Primalbase’s community.)

Enterprise Times is not a proponent of tokens in general. Yet the Primalbase approach does seem different. Tokens can have a exchangeable value (space) not tied to a token’s exchange value (as bought or sold like shares or bonds). In effect, Primalbase Lease Market enables token-holders to earn an income from their token when they are not using their workspace. This may be enough to differentiate Primalbase.

As a side-objective, Primalbase hopes to educate the uninitiated in how blockchain, tokens and cryptocurrency can work in practice. This is more ambitious. Enterprise Times will watch to see this works. On the other hand, many of those to whom Primalbase offers services, will already be sufficiently blockchain savvy as to not need initiation.