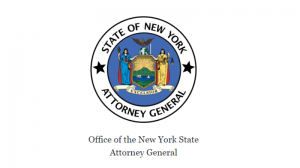 New York Attorney General Barbara D. Underwood released its Virtual Markets Integrity (VMI) Report. This derives from an inquiry into the policies and practices of platforms used by consumers to trade virtual or crypto-currencies, for example Bitcoin, Ether and others. The Report focuses on the practices of the platforms based on the information provided. It “takes no position on whether virtual currency itself represents a sound investment decision”.

“New Yorkers deserve basic transparency and accountability when they invest – whether on the New York Stock Exchange or on a cryptocurrency platform. Yet, as our report details, many virtual currency platforms lack the necessary policies and procedures to ensure the fairness, integrity, and security of their exchanges,” said Attorney General Underwood. “With this report, we hope to give New Yorkers the tools they need to make educated decisions on whether to entrust their money to a cryptocurrency platform and to help protect themselves against theft, fraud, and abuse.”

The VMI Report is now available, along with a user-friendly interactive website. It presents:

The report reflects responses from the following platforms:

The Attorney General’s office asked the platforms to disclose information on six major topics, including:

In particular, the Attorney General’s office asked the platforms to describe their:

The Report details how virtual asset trading platforms vary significantly in how they:

From this the Report identified three broad areas of concern for the virtual markets as a whole:

In the latter instance:

Taken together these areas of concern make it difficult or impossible to confirm whether or not platforms are responsibly holding their customers’ virtual assets as claimed. Furthermore, if a hack or unauthorized withdrawal occurs, customers are exposed. There is no public protection (like FDIC insurance) to cover virtual currency losses and there are serious questions about the scope and sufficiency of the commercial insurance that some platforms carry to cover those losses. Some platforms do not even insure against virtual asset losses.

Questions customers should ask of platforms

The Report identifies several fundamental areas for customers to understand before they think of trading on a virtual currency trading platform. In particular, the Report cautions customers to be wary of any platform that cannot, or will not, answer the following seven questions:

Is the platform subject to, and registered under, state-level banking regulations or a similar oversight regime – for instance, the New York BitLicense regulations?

Besides the current, and on-going, melt-down in crypto-currency valuations, this VMI Report is an eye opener, more for the detail than the basic message. if ever there was an instance of caveat emptor, this must be it.

Enterprise Times has voiced its, and others‘, doubts about crypto-currencies. It would seem that horse racing or Las Vegas – as betting markets – are better regulated. You probably have a better chance on #4 in the 3.30 or at the Craps table than participating in crypto-currency markets based in New York.

That said the seven questions the VMI Report suggests you ask are unlikely to obtain answers, or responses on which you can rely. That does not make the questions any the less pertinent, but it does suggest that simply ignoring any ‘attractions’ is the safest course.

Remember: utter, to yourself or to your enterprise,  in the same breath: ‘crypto-currencies, trading, platforms and caveat emptor’.