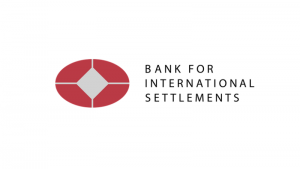 The Bank for International Settlements (BIS) has published a damning assessment of cryptocurrencies and by extension blockchains or distributed ledger technology (DLT, as it prefers).

In addition to the relevant chapter, from BIS Annual Economic Report for 2017, there is an excellent video with Dr Hyun Song Shin, the eminent economist who is the BIS Economic Adviser and Head of Research. (Full disclosure: Dr Shin was a gracious and fascinating neighbour of mine many years ago.)

The analysis is penetrating, on both cryptocurrencies and blockchain. The examples, including development of the BIS ‘Money Flower‘ to illustrate the economic basics, are elegant and apropos.

The BIS case against cryptocurrencies – part I

Boiled down the BIS case against cryptocurrencies involves understanding some economic fundamentals, including the role of money in society as:

The point here is that a ‘currency’ is not some pure or irrevocable concept. As the Report puts it: “Far from it: a well known example of abuse is the competitive debasement of coins issued by German princes in the early 17th century, known as the Kipper- und Wipperzeit (clipping and culling times). And there have been many others, up to the present-day cases of Venezuela and Zimbabwe. Avoiding abuse by the sovereign has thus been a key consideration in the design of monetary arrangements“.

Today the global economic system possesses a reliable group of national (and supra-national, like the ECB) central banks. They, in turn, assure reliable payments systems as well as overseeing and managing currencies. The result is the high volume, dependable systems on which business and individuals depend. For reasons given below, cryptocurrencies – in the judgement of the BIS – do not measure up.

Then arrives Bitcoin (followed by Ether and multiple other cryptocurrencies). The key innovation of Bitcoin was shared trust, the idea that multiple, often anonymous, participants can together deliver an alternative to established systems.

“Cryptocurrencies aspire to be a new form of currency and promise to maintain trust in the stability of their value through the use of technology. They consist of three elements:

Decentralised record-keeping enables the permissionless cryptocurrency dream. An updated copy of all entries, the distributed ledger, is the master control. In turn, because this is distributed everywhere, logic says tampering cannot occur.

But this is to ignore several weaknesses. For example, trust evaporates if one or more (a cartel of) miners (in the Bitcoin instance) gains control of more than 50% of the approval power. At this point the ledger becomes amendable, which is not the idea.

As the BIS points out: “Not only is the trust in individual payments uncertain, but the underpinning of trust in each cryptocurrency is also fragile. This is due to “forking”. This is a process whereby a subset of cryptocurrency holders coordinate on using a new version of the ledger and protocol, while others stick to the original one. In this way, a cryptocurrency can split into two subnetworks of users. While there are many recent examples, an episode on 11 March 2013 is noteworthy because – counter to the idea of achieving trust by decentralised means – it was undone by centralised coordination of the miners.

“On that day, an erroneous software update led to incompatibilities between one part of the Bitcoin network mining on the legacy protocol and another part mining using an updated one. For several hours, two separate blockchains grew; once news of this fork spread, the price of bitcoin tumbled by almost a third (Graph V.7, right-hand panel). The fork was ultimately rolled back by a coordinated effort whereby miners temporarily departed from protocol and ignored the longest chain. But many transactions were voided hours after users had believed them to be final. This episode shows just how easily cryptocurrencies can split, leading to significant valuation losses.”  This says it all.

Then there are the issues of:

The BIS case against blockchain / DLT

The BIS discusses the case against the underlying cryptocurrency ledger, the blockchain or DLT. Many of the same issues arise (though not all). There are workarounds, like permissioned DLT. By possessing ‘managers’, these can maintain trust, so long as the managing institutions deliver.

Yet performance and scalability remain challenges that do not go away. For example, Visa processes some 3500tps, Mastercard just over 2000tps and PayPal just under 250tps. For context, Bitcoin manages about 3tps.

In addition, the BIS posits that the hypothetical ledger size covering the US, China and Euro area for retail would require some 250,000 gigabytes, which is a mite larger than the largest storage server farm. Imagine processing against this to but fill your tank or buy your groceries.

As the Report discusses, this does not mean that DLT has no value. It describes its application to supply chain management. In so doing it makes three points:

Ergo, DLT has its uses but not in high volume, fast response environments. Or at least, not with current implementations and technology.

All those who have an interest in DLT, and cryptocurrencies, should regard these 23 pages from the BIS Annual Economic Report for 2017 as required reading. Whether you agree or not with the analysis, almost everyone will learn how to:

Enterprises should take particular note. What becomes clear is that the research phase for DLT is by no means over. While compromises are possible, for example for permissioned DLT or for supply chain support, these do not yet represent the revolutionary step forward to solve today’s trust problem which Steve Daly (of Ivanti) identified.

It is probable too much has already been invested in DLT/blockchain to dissuade those who see a magic land of DLT in the future. That is not a problem. Investors and inventors will just have to work harder to address and then solve the problems which the BIS describes.