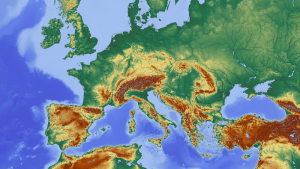 IBM has multiple projects underway with European enterprises, including Telefónica, Valenciaport, Carrefour (Food Trust) and the Central Bank of Azerbaijan. Companies are exploiting IBM’s knowledge to innovate around blockchain, with a steady progression from investigation of projects to proof of concept to production.

“Clients are attracted by the production-readiness of the IBM Blockchain Platform, allowing them to run highly secure networks in any environment of their choosing, on premise, via IBM Cloud, or an increasing number of other industry cloud providers.”

As Enterprise Times has previously commented, the attributes of successful blockchain technology suit large networks of disparate partners. Distributed ledger technology, blockchain, establishes a shared, immutable record of all the transactions that take place within such a network. With access controlled via permissioned parties, shared and trusted data can be available in real time.

By applying blockchain to business processes, new forms of command and consent are possible. Often these change the flow of information:

IBM expertise is available across Europe in a number of ways:

In different ways appropriate to a blockchain project’s scope, IBM’s European customers can explore the convergence if blockchain offers possibilities with:

European clients are continuing to work with IBM to drive blockchain innovation in their industries. The following are selected examples of blockchain activity.

Telefónica and IBM are developing a proof of concept (PoC) based on IBM blockchain technology. This seeks to address one of the major challenges of communications service providers, the management of international mobile phone call traffic. The project helps to resolve the veracity and traceability of information generated by different service providers when they route an international call. Using a decentralised network provides participating members with:

The Central Bank of the Republic of Azerbaijan and IBM are developing a Digital Identification System based on Hyperledger Fabric. This will verify document reliability related to both individuals and legal entities for use with banks, credit providers and similar organizations. The new system will simplify and automate KYC (Know Your Customer) and become available for use by both clients and credit organizations serving citizens of Azerbaijan.

Finnish retail cooperative S-Group is testing its ‘Pike-perch’ solution. Based on IBM’s blockchain technology, this is part of a group strategy to improve customer experiences: Finnish customers can trace a fillet of pike or perch back to its home fresh waters by:

PKO Bank Polski has implemented a blockchain-based ‘durable medium’ platform built with KIR (Krajowa Izba Rozliczeniowa, the Polish automated clearing house) in partnership with IBM and Accenture. The objective is to assist the Bank deliver compliance with the European Union Payment Services Directive related to customer communication. Now the Bank sends client documents and communications digitally to more than 5 million customers with the masters held immutably in a secured blockchain-based repository.

The Central Securities Depository of Poland (Krajowy Depozyt Papierow Wartosciowych, KDPW) has implemented an eVoting solution designed to encourage greater retail shareholder participation in its Annual General Meetings (AGM). The objective is to ensure transparency to regulators about the history of AGM agendas and voting results.

Startup software developer Comgo.io, with support from IBM, is digitizing the entire donation and spend process for Non-Governmental Organizations (NGOs) using Hyperledger Fabric. NGO donors can see in real time what money has already been spent and the activities supported. For example, when charity workers in India purchase hygiene products for the street children, the payment is trackable on a mobile phone and written to the blockchain. This enables approved network participants to see the transactions and NGO verfication that the children did receive the products. Comgo.io is implementing the application with 7 NGOs: Fundación Recover; Orden de Malta; Fundación Exit; Farmacéuticos sin Fronteras; KUBUKA; Itwillbe and homelessentrepreneur.

Much of this European momentum is attributable to the ease of access to IBM Blockchain Platform, the open nature of the Linux Foundation’s Hyperledger Fabric blockchain framework and the depth of IBM’s blockchain investment in technology and expertise.

IBM likes to assert it is one of the leading blockchain providers, and is not winding down its blockchain involvement. The above examples above do show a breadth of European involvement (though major projects from the UK, France and Germany are missing). That said, the company’s depth in research as well as technical and business expertise is evident as is its contribution of open source code to the likes of the Linux Foundation/Hyperledger.

Perhaps more interesting is the accessibility to blockchain for enterprises wishing to find out more. Relevant here is the the availability of IBM Blockchain Starter Plan on IBM Cloud, starting at c. €500 a month. This lets developers, startups and enterprises build blockchain proofs-of-concept quickly and affordably:

with an end-to-end blockchain development experience

Yet two aspects of the discussion of the Central Bank of Azerbaijan’s involvement raise questions. The trivial one is whether or not Azerbaijan is in Europe? The more challenging one involves this Bank seeking KYC in a country not known for the purity of its business processes or banking system (see OCCPR/Transparency International or Danske Bank Estonia’s alleged involvement). It would seem Azerbaijan could do with immutable blockchain-based KYC.