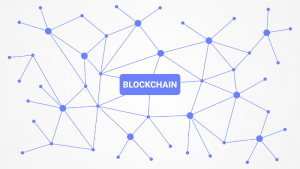 Fancy blockchain? It is fashionable, arguably too fashionable. In some ‘industries’ (financial services, supply chain aviation, government) there is activity, some well-honed but more bound up in proof of concept projects. As one might expect, the adoption curve is only slowly moving upwards.

Nevertheless, at CXO levels, executives ask questions about ‘how can we exploit this technology’ or ‘how might blockchain disintermediate or damage our existing business models?’. While these are relevant, the danger is of a presumption which leads to blockchain action. In blockchain, inappropriate action can often be worse, and more costly, than inaction.

To try to sort through the possibilities Enterprise Times (ET) has come up with five criteria (see below) against which to assess possible blockchain initiatives. In the view of ET, if a project does not satisfy at least three of these criteria, then that project has a much higher chance of failure or business irrelevance. Conversely, satisfying four or more suggests there is appropriate structured base on which to build.

1. Is there a narrow, well-defined business problem?

This may seem obvious but that does not make it inapplicable. Inevitably, the broader the business problem the harder it is to obtain agreement among interested parties.

For ET it continues to surprise how vague blockchain initiatives can be. While starting vague and refining does work, it introduces delays and adds to costs (and potential frustration). Better to focus on a narrow business problem and proceed faster.

2. Does it involve existing slow, complex and paper-based processes?

Traditionally IT has pursued the improvement of existing processes – with that improvement coming from automation, or speeding up, of the execution of those processes. Blockchain is an opportunity to rethink processes into what an enterprise might like them to be.

To put this in another way, recall the late 1990s and early 2000s and the ‘ERP revolution‘. This was not really a revolution, other than it saw a transition to acceptance of ERP frameworks (which went far beyond accounting) from the likes of SAP and Peoplesoft (subsequently bought by Oracle). In effect, businesses had to recast many of their existing business processes to fit their ERP vendor’s model. To start with this was painful, especially for those accustomed to building their own financial and reporting systems. But the allure of efficiencies overode the objections. Now financial and reporting systems, even in banks, reflect each ERP vendor’s vision for a process more than the customer enterprises’ one (though few put it quite like this).

Applying blockchain technology is more likely to progress where there is enterprise unhappiness with cumbersome, paper-based processes. The classic examples are trade finance and supply chain coordination. But blockchain will only help if those processes are rethought (see 1 above).

3. Are there many participants (within your organisation or business)?

This is a challenging question. Too many people or departments and there is a genuine risk of minimal agreement and progress. Too few and the effort required for blockchain may not be worth the candle.

In many cases it is (politically) easier to work with external partner organisations or businesses rather than internal ones. There is no easy answer but a dispassionate assessment should shed light.

4. Are multiple organisations involved, most or all of which could exploit improved reliability and transparency?

As suggested before (in 3 above), working across organisation and businesses may produce a common goal which satisfies all (or most). Everyone involved in trade finance, from supplier to customer and all in between, encounters complications which generate work which would not be necessary if all could see an unalterable record of what is happening. The same applies, for example, to supply chains and to aviation part authenticity/availability.

This is why trade finance, supply chain and aviation make blockchain progress. There is a known community with an agreed set of issues where delivering transparency (within an unlaterable record) become the motive. If you can identify something similar, then you will have real possibilities.

5. Do low transaction rates, and not real time, exist?

Many may consider this contentious, and to some degree any decision will rest on which ‘type’ of blockchain you choose (see below). Yet the blunt truth is that blockchain and real time are for the future. Working back from this it follows (today) that the less there is a need for a high performance transaction load the greater the chances of a blockchain initiative or project working.

Again the proof lies in trade finance and supply chain blockchains. JP Morgan’s IIN exemplifies this. The point to remember is that transactions, in this context, are when additions (to the blockchain) occur – not accesses to see what is happening or has happened.

Which type of blockchain?

In essence there are there ‘styles’ of blockchain. You can designate them as:

The more a solution needs the first, the more transaction performance is an issue. Think of the time it can take to settle a Bitcoin purchase. At the opposite end of the scale, in permissioned private shared blockchains, cost rather than blockchain technology become the dominant issue.

The silver lining: do you have a need to share?

After considering all the above, at least one other factor requires assessment. At its simplest this demands self-assessment. Are you, the putative user of blockchain technology, large enough to sustain a blockchain initiative?

If your initiative is internal to an enterprise or business, then management backing is the real issue. However, if a blockchain initiative involves third parties, then the opportunity may involve others who are ‘larger’ and can therefore dictate what is acceptable.

Though this sounds offensive, to have to accept what others dictate, there is a silver lining. Those others will do much of the blockchain thinking and development (the logical providers are the ERP vendors, not that most seem to be doing that much). By participating in a blockchain initiative an enterprise can ride on the coat-tails of those who have already spent. In one sense this is exactly what 65+ of the IIN participating banks are doing.

Being realistic about blockchain demands reconciliation of two competing perspectives:

If either is missing in a blockchain project, it will fail. By seeking answers to the above questions, enterprises should be able to assess whether they should engage with blockchain or not. As Dr Catherine Mulligan of University College has put it “blockchain represents a major business mind shift:

Latest News Ian Murphy - February 25, 2020
0
OpenDXL joined the Open Cybersecurity Alliance (OCA) when it was created last year. Now the OCA is announcing that the OpenDXL Ontology is available....