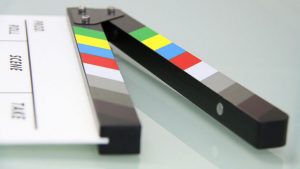 Adobe MAX – the creativity conference – left Las Vegas and is now back in LA after a two-year road trip.

MAX covers the ever-increasing breadth of Adobe’s Creative Cloud portfolio that includes tools for graphic design, digital design, illustration, photography, film, and more. Aside from stalwarts such as Photoshop, Adobe’s focus is on Adobe XD, the product it sees as the next Photoshop in terms of its importance to the company. It’s also the tool that is most relevant to those in software development.

Adobe XD is a User Experience (UX) design tool that was launched at MAX 2017. Since then over 60 new features have been added. In the keynote on the first day of MAX 2018, Adobe showed off how Adobe XD is not just about delivering traditional User Interface (UI) based experiences but now includes voice experiences as well. Voice has, well, found its voice in tech.

Few tech tools and solutions in the latter half of 2018 don’t have a strategy for voice activated command and control in their feature roadmap. To this end, Adobe has formed a partnership with Amazon, and the keynote voice demo used Amazon’s Polly voice service. However, to truly embrace voice and ensure its frictionless use, Adobe XD will need to support other providers such as Google, Siri and Cortana. Indication was given that these will come.

A tougher time for making the shortlist

With Adobe XD, Adobe finds itself in the unusual position of not being the dominant tool in the market. Instead, the company is playing catch-up and the competition is fierce. The development cadence over the last year has been impressive but Adobe must balance matching competitors features with its own innovation so that it can differentiate. It will not be easy for Adobe XD to see off the competition by itself. The tool may have to rely on the might of the Adobe brand, portfolio and its ecosystem and client footprint, to muscle out smaller competitors – especially in its bigger customer accounts.

This is not a slight on the product but simply a reality when larger vendors go up against smaller, more agile competitors that have developed passionate user bases. If anything, XD is a beacon for how Adobe should develop its products going forward: both in terms of the development cadence but also in how it engages customers to both feed into the roadmap and evangelise the product. The way in which users who comment on Twitter (both good and bad) are engaged is more like a small start-up than a large vendor. All vendors could take more note of Adobe’s progression in this regard, especially with respect to the way that team members – including senior ones – actively engage with users.

But why is Adobe XD so important to software developers?

Organisations are embracing UX and not just with respect to consumer facing applications but those that serve other businesses, employees and partners. To deliver great UX, those organisations will need to bring in new skills and new tools as part of broader process changes that result in significant business and operational transformation – digital or otherwise.

Adobe XD is one of those tools and it will be development functions that will deliver the experiences it creates.

Currently this designer/developer workflow has challenges – as has always been the case – but Adobe is, once again, looking to ways in which it can lessen the friction between the two disciplines. The answer to this may not lie purely in the handover between Adobe XD and other development focused tools, but in how Adobe XD is able to integrate into the overarching UX process.

After all, some experiences will end up being native mobile apps, others web apps and others perhaps something else (like Alexa apps). A simple export function isn’t going to cut it.

To enable this, Adobe has opened up Application Programming Interfaces (APIs) that developers can use to build plugins for Adobe XD, to extend functionality and integrate with other tools and products. One example is a plugin that enables designers to pull content from Google docs into a prototype built in Adobe XD. The Adobe XD team is looking to expand on this extensibility approach and working with Adobe’s growing developer outreach function, encourage more tools to integrate with Adobe XD. Such integrations could support greater collaboration between the different stakeholders in an application’s, or product’s development lifecycle.

This would make it easier for product owners to track new features are they progress through the lifecycle, while allowing those involved to be able to use the tools they are familiar with. We know that many development tools support this type of visibility and traceability, to have that extended into design will speed up the process and improve the integrity of the experience as it passes through the different stages.

The features to support this type of future are not there yet, but it’s promising that Adobe recognises the need. And we look forward to seeing such capabilities delivered soon, because Adobe must know that time is of the essence if its place on the selection list is to be assured.

The blog was written by Clive Howard. It was first published by Creative Intellect Consulting and is reused here with permission.