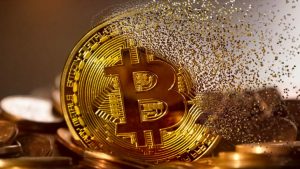 There is a seemingly endless round of global conferences focused on blockchain as the solution to everything. Many of these conferences seem to be little more than a thinly disguised attempt to peddle crypto currencies. At MoneyConf Dublin there was, for once, some balance in the discussion.

This was the first year the MoneyConf had taken place in Dublin. Many of the sessions were heavily attended, the startups in the hall seemed busy and the buzz from attendees was generally positive.

Having spent two days at MoneyConf listening to some of the sessions and talking with vendors and attendees, what did we learn?

Spoiler alert! Blockchain rules but is not the ultimate solution

At first glance on day 1 every stand seemed to be obsessed with blockchain. It was as if the last thirty years of software development was irrelevant. The majority of the Fintech startups that we spoke to seemed to want to use blockchain even where there are proven, cheaper and more suitable technologies. When talking to them about the challenges CIC sees with this approach, many were adamant that existing technologies had run their course. There was an almost fervent belief that we can only create new solutions to business problems by using blockchain as ‘the’ foundational technology.

There are several reasons why this is not resonating with many CIC clients. The first is stability. Clients are not interested in edge technology that ‘may’ work and which makes unproven promises. The speed of change that they now expect from technology requires quick Return On Investments (ROI) and that is easier to achieve with something that is stable.

The second challenge is that of suitability. Blockchain does provide some important benefits over existing database technologies. The most obvious being that of immutability. Where clients are dealing with compliance or other areas that have specific security and data retention requirements, they like the idea of a private, not public, blockchain.

The third and one of the biggest challenges is that of scalability. Many of the use cases being proposed for blockchain based solutions will require high to very high transaction throughput. To achieve that, it is necessary to use private or permissioned blockchains. These have a markedly lower node count which makes synchronisation much simpler and faster. The latter occurs because they all sit on low latency and high bandwidth networks.

The fourth challenge, and one that many of the startups seem unaware of, is interledger communication. To make blockchain a multi-company tool, data will have to flow between permissioned blockchains. This is something that the very large banking blockchain trials are working out how to do. Unfortunately only two of the startups were aware of the solutions and neither had done any work on them.

The last challenge is block size and off blockchain storage. This is an important problem that needs to be solved. In a number of the business problems that blockchain has real potential to solve, there is a lot of potential data that has to be captured. Increasing the block sizes to cope with it creates its own problems as has been seen in the crypto currency world. This means that there have to be links between key documents in a secure store, almost certainly another distributed database, and the blockchain.

Not all solutions to key use cases are blockchain

One of the key use cases in the financial markets for blockchain is identity and Know Your Customer (KYC). To stamp out money laundering and fraud, financial institutes are required to verify the identity of the customer and any business that they trade with. This also covers key personnel and beneficiaries of transactions.

Done through the blockchain, it could provide a simple way of allowing people to prove ID without constantly finding documents and waiting for them to be examined. At the consumer level, there are several solutions already going through large scale trials to prove the technology.

In the business space, the missing link is the storage and trustworthiness of the large amounts of data that would have to be copied. It also raises questions over who would own access to the data on the blockchain and how a customer would prove identity to a different organisation without some form of interledger process.

The issue of GDPR and the Right to be Forgotten produced some interesting responses. In general, those that CIC spoke to were of the opinion it would be solved. None offered a working solution or had any such solution in their products.

There are similar issues when it comes to wills and insurance. The insurance market is already using limited blockchains to record some insured items. Diamonds, fine art and wine are three that are already in commercial use. What is not yet established is how to transfer the records from one insurance company to another if the policyholder changes their insurance provider.

Interestingly these are issues that are being looked at. Some of the startups thought this was something that they could add to their solution. Others thought that this was where the big software vendors and even banks should be doing the development.

Do you need your own crypto currency?

Barely a day goes by without CIC being made aware of another Initial Coin Offering (ICO) which is backed by a vendors private blockchain. Some are designed to be used solely within an organisations supply chain, others hope to become a wider crypto currency. A number are turning out to be fraud.

One of the challenges with ICO’s is security. There are very few countries where financial regulators see them as being anything other than a gamble. Listening to some of the conversations at MoneyConf, that is beginning to change. There was a distinct belief that regulators are beginning to warm to ICO’s especially as larger organisations get involved.

An example of this, Dragonchain, is owned and backed by Disney. In 2016 it built its own blockchain platform to manage ticketing across its global properties. Last year it opened the platform to developers and launched its own ICO. Any businesses that want to use the platform will buy the tokens and then use them to access the platform, services and software. For an organisation such as Disney who knows how to create and build a platform to support its vast consumer base, this makes sense.

Unfortunately, Disney is an exception in this market. Many of the ICO offerings are more like mini crypto currencies. As a result, they are incredibly volatile. Chatting to attendees and other members of the analyst and media community, nobody at MoneyConf was able to offer a serious solution to the volatility problem. However, that didn’t stop a number of speakers and attendees taking the view that large enterprises and even communities should consider their own crypto currencies.

Alongside the crypto currency conversation is that of trust and security especially when it comes to exchanges. This year has already seen over $650 million lost to crypto currency thefts. A large degree of this has occurred through poor security at exchanges. The industry needs to address this issue and prove that crypto currencies are safe and that exchanges can be trusted. Unfortunately there seemed to be little in the way of presentations and solutions being offered at the event.

MoneyConf has set out its stall to be the place where large organisations and startups can come together to talk about blockchain, cybersecurity and crypto currencies. Given the number of people in Dublin and especially the number of Fintech startups, it is beginning to achieve that. CIC hopes that next year it will put on speakers who are willing to challenge the hype that was evident over the two days.

If enterprises are to do wider adoption of technologies such as blockchain and even create their own crypto currencies for internal trading, they need proof points. Next year, we hope that MoneyConf will have a track dedicated to “how to” with speakers who can demonstrate successes and speak about failures.