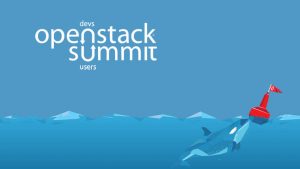 It appears to be the season for big open source projects to graduate and leave home. At the Cloud Native Computing Foundation in Copenhagen, it was Kubernetes that graduated.

Today, at the OpenStack Summit in Vancouver it is the turn of Zuul. Zuul has now reached version 3 and becomes the third project managed by the OpenStack Foundation (OSF) alongside OpenStack and Kata Containers.

Zuul is an open source continuous integration / continuous development (CI/CD) project. It’s primary focus is on speeding up development for complex multi-system solutions. These are solutions with lots of moving parts with multiple streams of software development, often in parallel. It has been used by the OSF to bring together OpenStack to ensure that all the components that make up the cloud operating system are tested and delivered on time.

One of the attractions of Zuul is that it enables multiple OpenStack distributions to be kept in line with each other. It also allows those distributions to add additional features and integrate them into their own customer facing builds.

According to Jim Blair, principal software engineer with Red Hat and founding member of the Zuul project team: “The latest release of Zuul, version 3, adds features such as GitHub integration and Ansible-based jobs which are designed to facilitate collaboration between teams and realize a world where development, testing, and deployment of applications and their dependencies are one continuous process.”

The announcement comes as the OpenDev conference opens alongside OpenStack Vancouver. This year the focus is on CI/CD and speeding up software delivery through the use of automation and pipelines. Zuul is presenting at that conference alongside Jenkins, Mesos, Spinnaker and TravisCI.

Zuul has also released two case studies on the Superuser website. These feature GoDaddy and OpenLab. Both have used Zuul to manage their OpenStack development. Clint Byrum, senior cloud software engineer, GoDaddy is quoted as saying that Zuul enabled them to: “build CI/CD pipelines out of a combination of upstream free/open software, such as OpenStack, in concert with our more custom GoDaddy-specific integrations.”

Building and deploying stable software faster is key for any software driven business. The challenge many have with adopting agile methodology and CI/CD is the complexity of their software environments. Very few have a single software product that can be updated in isolation.

APIs mean that software builds touch multiple systems. This creates significant problems in managing the integration of different software components as they are brought into a software release. The result is that organisations are struggling to release updates more than once or twice a year.

What Zuul brings to the table is the ability to handle those complex environments. Importantly, it has been doing a lot of this in the open source community for some time. Working with OpenStack to deliver an operating system with thousands of contributors is no easy task. Those contributors are spread across multiple projects, all of whom are on their own timescale and have their own integration requirements.

The stability that Zuul has achieved and its proven capability to manage complex projects at scale will appeal to a wide audience. Now that it has moved into fully blown project status, it will be interesting to see how it fares in attracting enterprise IT departments.