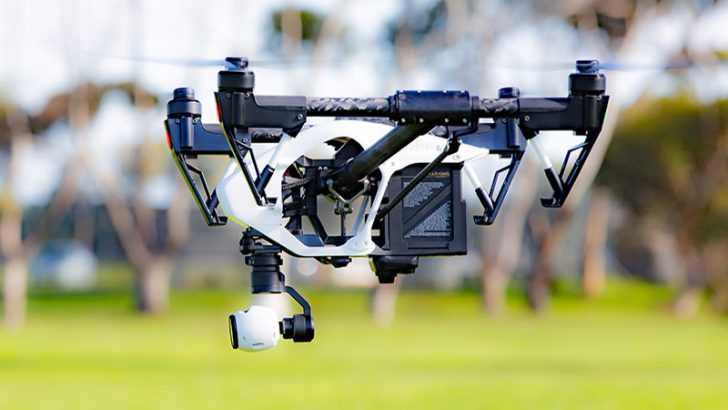 The US Military has been given carte blanche to down civilian drones flying over or near any military base inside the USA. The advice which was clarified by United States Navy Captain Jeff Davis in a story by Terri Moon Cronk for the Department of Defence News. In a short piece Cronk quoted Davis as saying: “such action includes tracking, disabling and destroying drones, depending on circumstance and the type of installation where UAS activity is detected.”

This order only covers US military installations and it will be interesting to see if it gets extended over time. There are a number of other locations where a case can be made to deal with drones. This includes the homes of former presidents, member of both houses and those belonging to senior members of the military and intelligence communities as well as nuclear installations.

What is a reasonable action?

The challenge here is deciding what action is reasonable. Davis has given multiple options but without issuing frequency jamming equipment the only other option will be to bring it down. That raises a number of issues.

Over the last two years there have been several incidents in the US of people shooting drones down. So far, nobody has been prosecuted for this. The US Federal Aviation Authority (FAA) sees drones as aircraft and shooting at aircraft is illegal. However, aircraft entering no-fly zones can be seen as a threat. With an ordinary aircraft warnings would be issued. With drones it is not easy to identify the operator and warn them. This will make it easier for the US military to deploy weapons fire.

One of the challenges of shooting drones down is the risk of unintended injuries from the gunfire. Another is the risk of the drone hitting people on the ground. Both create problems for troops having to deal with rogue drones.

What about other anti-drone systems?

There are several anti-drone systems on the market. The problem is in efficacy. The US DoD has purchased a number of these but there is no evidence that they have been deployed inside the US. The primary focus for buying them was to protect troops on active deployment.

Geofencing inside the drone software is another solution. Some drone manufacturers simply provide the user with a visual indicator that they are not allowed to fly. Others use software and databases that are regularly updated to stop drones from entering protected areas. However, there are numerous software patches and utilities that override geofencing. In addition, vendors such as DJI have allowed users to opt-out of geofencing.

Not the first anti-drone move by the US military

This is not the first time the US military has issued a notice warning about against drones. Earlier this month, sUAS News published a US Army memo. It called for units to discontinue the use of DJI equipment. That memo cited a report by the Army Research Lab covering that looked at the threat DJI drones posed. It also cited another report from the US Navy that covered operational risks from DJI drones.

While the US Army was unwilling to elaborate more on the memo, sUAS News speculated that it concerned cyber security. DJI collects telemetry and other data from drones it sells. It is possible that the data collected by the drones was accessible by the Chinese military. As such, the US Army and Navy would see them as potential spying devices.

What is not clear is whether that same advice has been issued to serving personnel who may own their own DJI drones. It seems likely that local orders would have contained reference to this memo but so far, nobody has come forward with any details.

Concerns over irresponsible drone use abound. While most of the attention is focused on the interaction between drones and commercial aircraft there are other issues. Despite guidance from the police and governments as to how and where to use drones, too many owners ignore it to get “the shot” that they want. This creates a number of issues over safety and privacy.

The devices are also valuable to the criminal community. They allow criminals to carry out surveillance of target premises and individuals. They have also been used to drop contraband into prisons.

There is also anecdotal evidence on hacker forums that drones are being used to support hacking attacks. One attack has seen them used to deliver wireless devices onto a rooftop to get it close to a target office. Another attack used them to drop wireless jamming devices that interfered with sensors in an industrial plant.

Organisations need to create their own policies for the management of drones. If they are seen on or near their factory, plant or facility they should try and photograph them and call the police. For those companies that are using drones, such as utility companies to monitor power and telephone lines, they need to bring in strong control policies. It is also a good move to get drone operators licenced and trained on accredited courses. This will also help ensure that a company can get the right level of insurance for use.