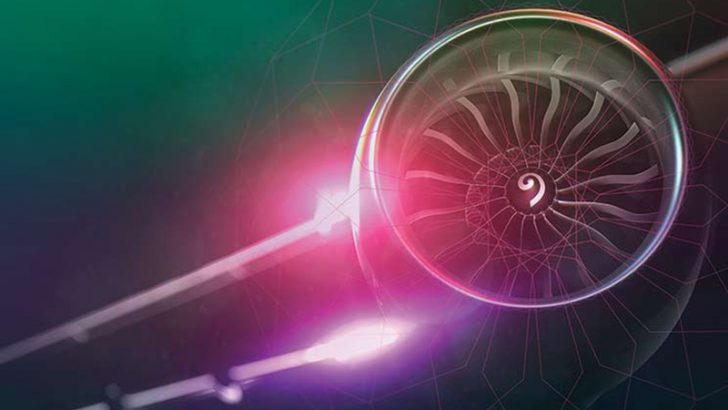 At the GE Minds and Machines conference in San Francisco, GE Aviation has released its Configuration Data Exchange (CDE) solution. It is targeting the high costs associated with aircraft maintenance. Key to this is the GE Predix analytics engine. It will deliver predictive maintenance across all the components in an aircraft. GE has signed a two-year teaming deal with Capgemini to sell CDE to airlines.

Jim Daily, vice president and chief digital officer for GE Aviation said: “There are major inefficiencies in the management of data generated within our industry. Through Predix, the Configuration Data Exchange will bring disparate systems together to provide future insights and will help to reduce the $4 billion annual spend on manually managing data within airlines.”

One of the problems of maintenance in the airline industry is that it has to balance risk with cost. GE is aiming to save a fraction of a cent per seat mile for an airline. This might not seem much. Over the lifetime of an aircraft GE believes savings could exceed $1 million in maintenance costs. This saving is not just from the cost of lost revenue from a grounded aircraft. There are savings in parts, labour and maintenance facilities. For customers it means less risk of delays due to unscheduled maintenance of aircraft. Interestingly nobody at GE was willing to put a final figure on the savings except to say they would be substantial.

The problem of disparate record systems

Predix is designed to hold the entire maintenance history for an aircraft and make records easy to discover. The airline maintenance industry has been slow to computerise the way it works. Much of the recording keeping is on paper which is scanned but not searchable. Airlines are  often unable to identify how often a part is pulled for repair and then reused. This means a system with an intermittent fault can cause an aircraft to incur thousands of dollars in maintenance costs.

“Anyone can insert a debit card into an ATM anywhere in the world to get their balance and withdraw cash in a matter of seconds. But for a lessor or operator to find a specific maintenance record for a return could literally take months,” explains Ray Stetter, vice president for Capgemini’s North America aviation practice.

It will be interesting to see how many airlines take advantage of Predix to improve their relationships with parts suppliers. No national airline regulator requires airlines to share maintenance data with their parts suppliers. With Predix it will be possible to automate data sharing with those partners in order to improve parts quality. It will also make parts recalls easier to handle for both airlines and suppliers.

Another area that Predix is likely to impact is the black market use of airline parts. At present there are no accurate figures for parts that are recycled off of dismantled aircraft or simply cleaned and resold as new. With the ability to record every component, its serial number and usage history it will be easier for airlines to spot this. More importantly it will be easier for regulators to close down black market operators.

The key is to create a shadow or virtual version of the components. Take the example of an aircraft engine. GE would create a virtual version of an engine as soon as it is shipped. It would map maintenance work to the virtual engine along with real-time telemetry. That telemetry would enable it to predict when an engine component needed changing rather than the airline change it out at a given mileage because that’s what they’ve always done.

In a press interview Denzil Samuels, Global Head of Channels and Alliances, GE Digital gave more information on how this would work. “[In the past] when we sold an airline a jet engine we’d sell them an onerous service contract. The engine would be checked many times per year including off the wing overhauls. In digital, every blade has a sensor which is recording the data around each blade. There are hundreds of them and they can report real-time on the condition of the blade. It tells us about the wear and tear of that blade. We don’t require an onerous maintenance contract as we know what is happening in real-time.

This is something that Rolls Royce has done for several years. Rolls Royce capture data from sensors to understand which components are failing and have maintenance teams ready to switch them out when aircraft lands. They no longer sell engines but the airlines pay per air mile of usage. For Rolls Royce this lowers the risk of engines failing and keeps them maintained at a higher standard.An added benefit  is that it improves their efficiency, lowering fuel cost for airlines.

Sensors in the blades of a jet engine are nothing new. Samuels told journalists: “We’ve had the sensors for some time but not known what to do with them.” Those sensors will be creating a vast amount of data. What is interesting is that a single transatlantic flight would generate as much as 1TB of data alone. This is a lot of data to be analysed and where Samuels says Capgemini comes in.

“We need Capgemini to do things we cannot do. They can write software that takes the data and runs analytics to get insights. That intelligent engine can start telling airlines things it couldn’t do before. They also know the airlines and their systems. It means they can integrate Predix with flight operations, crew, baggage handling, cargo and other systems.”

Too much data for crash analysis?

The volume of data being gathered creates other problems. At the moment very limited data is being stored by black box systems in the aircraft. Investigators have to marry the data in the black box records with real-time data transmitted to satellites and back to the manufacturers. Some of this data was used to try and predict what might have happened to Malaysian Airlines Flight 370 which vanished over the Indian Ocean. The problem is that the data has to be transmitted to the satellite and in the case of MH370 it appears there is a gap in the transmission.

To fix this Samuels believes there is a need for a new generation of black box. It would have much more memory, better battery life and would be able to store real-time data from the engines and other peripherals. This would give investigators much more insight into accidents. He says that GE is currently working on new generations of black box technology with other manufacturers.

Engaging with other aircraft engine suppliers

One of the goals that Samuels has is to sell this solution to other aircraft engine suppliers. He said: “We have several billion dollars invested in Predix and want to promote this as a platform. This allows us to approach other engine manufacturers. We are telling then we have the domain expertise and know the physics around engines to make this accurate. We then asked them why they wouldn’t use it. This will allow us to deliver it as a platform to the industry.”

There are some challenges that Samuels recognises in doing this. GE will have to show that each manufacturers data is encrypted and only accessible to them and their customers. It can either do this by create a solution that can be installed in competitors data centres or proving that this platform can support multiple tenants. If GE can do this then it will be the first company to bring this type of solution to the airline market.

This is a big move for GE. It has made a sensible decision to engage Capgemini who can act as a trusted third party to help sell the Predix platform. This will help with sales not only to airlines but also to GE’s competitors in the airline parts and engine business. If it can prove the level of savings it is claiming by moving airlines to predictive maintenance it is hard to see how this will fail.