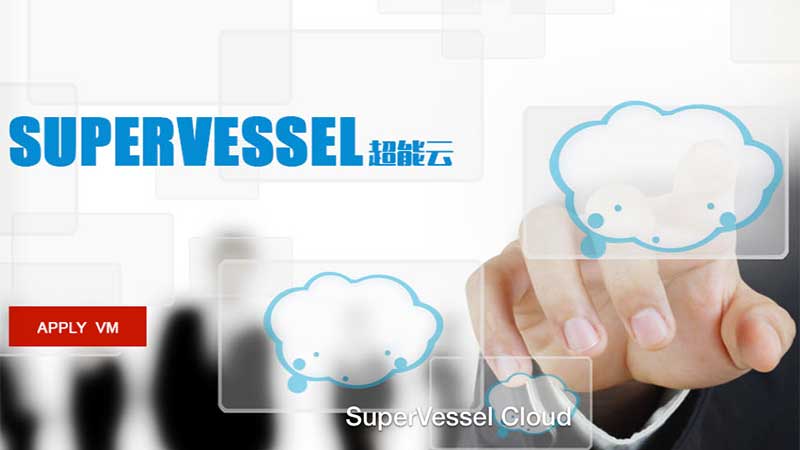 The OpenPOWER Foundation has announced new solutions and developer tools in Europe. The announcement came at the inaugural OpenPOWER Summit Europe taking place in Barcelona. There are two big announcements for developers. The first is a new European developer cloud. There is also a new CAPI (Coherent Accelerated Processor Interface) SNAP (Storage, Networking, and Acceleration Programming) framework.

European developer cloud: In June 2015 IBM launched SuperVessel along with Xilinx and Mellanox. The goal was to give developers access to accelerator technology such as FPGAs (Field Programmable Gate Arrays). SuperVessel was launched in China where OpenPOWER has an increasingly strong user base. At launch there was so much demand for developer logons that some developers had to wait for access.

IBM has already opened a SuperVessel developer cloud in New York. This makes the European launch the third SuperVessel cloud. Calista Redmond, President of the OpenPOWER Foundation told Enterprise Times that the Foundation expected a big take-up from European developers.

Adding a European site is not about a lack of capacity on the China and New York sites. The press release says this is: “..to address issues of data sovereignty in Europe.” What is not stated is which IBM SoftLayer data centre will host it when it goes live before the end of 2016.

Since the launch, Xilinx has provided additional access to its products under the OpenPOWER Foundation. This has already led to a number of projects coming to market and the development of shared libraries for developers. When Supervessel launched there was an expectation that they would add support for an app store.

At the time Ling Shao, Associate Director, Distinguished Engineer at IBM Research: “..right now, we have an “image store” and “accelerator library store,” which allow users to very quickly locate pre-packaged images for different development environments (e.g. Python, Java, SPARK). Once the users make their pre-packaged images or accelerator libraries public, they could win a ‘virtual point’ if other users apply. The virtual point is used as the ‘virtual money’ to pay for SuperVessel resources. We may consider an app store on SuperVessel in the future.”

Since that statement, there has been no further announcement of an app store. It is hoped that the opening of a European Supervessel platform will speed that up.

At the April OpenPOWER summit, it was announced that there was a requirement for a CAPI framework. Two weeks ago OpenCAPI was launched under the control of the OpenCAPI Consortium. The majority of its members are also part of the OpenPOWER Foundation although it also includes Hewlett Packard Enterprise (HPE) and Dell EMC.

The inclusion of both HPE and Dell EMC was a surprise. Neither vendor is a member of OpenPOWER and are firmly in the Intel camp when it comes to server technology. OpenCAPI is a direct competitor to Intel’s Quick Path Interconnect (QPI). It will be interesting to see if the two vendors now announce their own IBM POWER-based servers.

The OpenPOWER Foundation sees accelerator technology as needing to be all pervasive. OpenCAPI provides part of that solution. Another part is the CAPI SNAP (Storage, Networking, and Acceleration Programming Framework). CAPI SNAP hopes to extend the reach of CAPI deeper into the data centre.

Mellanox already uses FPGAs from Xilinx. These are installed on its network cards. Developers can take advantage of them either as a sandbox or with preconfigured applications. The former allows developers to deploy their own applications to the FPGAs. This means that it is possible to write code that can speed up processing such as that of data. One example of this could be utilities that validate and clean data as it arrives in the network. This could help reject ‘data noise’ reducing the amount of data travelling across the network.

Another option is to use the FPGAs to encrypt data as it leaves the network. If deployed to all outbound FPGAs it would reduce the risk of unsecured data leaving the enterprise. There are a lot of other potential applications that are deployable in this way.

It is also possible for network vendors to deliver cards with prebuilt applications. Once again the encryption technology is an option. Another one is to use FPGAs on the network card inside laptops and mobile devices. They could ship with VPN technology built into them. One area where there is increasing interest is in the telco market. There is an increased interest in deploying Software Defined Networking and Network Function Virtualisation services in that market. Building such sercives into the FPGA cards would offload the processing from central CPUs lowering power requirements and reducing heat in the data centre.

According to the OpenPOWER press release the CAPI SNAP framework will:

When the CAPI SNAP framework ships later this year it will be available for free via github.

According to Levyx Chief Business Development Officer Bernie Wu CAPI SNAP will impact ISVs. Wu said: “Levyx is focused on accelerating Big Data Analytical and Transactional Operations to real-time velocities. The CAPI SNAP Framework will allow us to bring processing even closer to the data and simplify the programming model for this acceleration,” adding “we see the CAPI SNAP capability being used to initially boost or enable rich real-time analytics and stream processing in variety of increasingly Machine to Machine driven use cases.“

This is the biggest developer news yet from the OpenPOWER Foundation. Its relationship with the OpenCAPI Consortium and CAPI SNAP provide a serious challenge to Intel. At the same time the launch of the third Supervessel developer cloud, this time in Europe will increase interest in accelerators. There is a lot of possibilities here for companies who are moving to hybrid cloud. If they have access to CAPI-based FGPAs in the cloud and on-premises they can implement software to secure and speed-up movement of data through their hybrid cloud.

We are less than a month from IBM releasing the latest generation of their POWER 8 chip. This version embeds NVIDIA NVLink technology for access to GPUs (Graphics Processing Units). With CAPI SNAP likely to see more of this technology embedded in the POWER 9 processor, IBM is starting to challenge Intel’s dominance in the chip market. Both AMD and ARM have tried this in the past but have failed to sustain their challenges. By giving so much technology to the OpenPOWER Foundation, IBM is looking increasing dangerous to Intel.