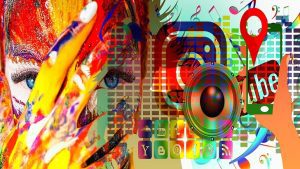 Brightpearl has published a new report that tracks the emergence of a significant new trend in retail. ‘Tis the season to be Scaleable’ highlights the increasing popularity of online spending in non-traditional channels. This includes channels such as TikTok, WhatsApp, Twitch and voice commerce. The report also examines their likely impact on the forthcoming Black Friday and Christmas seasons. Brightpearl expects this to become the ‘New normal’ for commerce.

The report notes the growing popularity of social media and streaming platforms as both a method for discovery and purchase. It suggests this trend – ‘shoppertainment’ is not just a fad. Shoppers, particularly those in younger age groups, see no distinction between the digital and physical world.

Consumers no longer ‘show up’ to online stores only to browse and buy goods. They also want to socialise and be entertained. Increasingly they select retailers who make shopping convenient and fun. This means moving from using social media and other platforms purely as discovery channels to using them as buying channels. Retailers are advised to remove any friction during the buying journey. Ideally giving consumers the option to buy directly via an app or platform.

Hyper-scalable commerce presents retailers with opportunities to connect and sell to customers across a comprehensive omnichannel environment. The holiday season is expected to be more challenging for brands faced with an increasing number of channels and platforms. The report found six in 10 Gen Zs expect to complete their Black Friday and Christmas shopping using ‘alternative’ methods. Alternative methods include Pinterest, Livestream and Alexa – shunning ‘boring’ websites. The trend isn’t limited to younger adults.

Many over 35s intend to use similar ways of spending during Christmas and Black Friday. Overall, 25% of shoppers anticipate spending through ‘non-traditional’ digital channels for Black Friday/ Cyber Monday and Christmas 2021. This includes 61% of 18 to 24-year-olds and over a third of 25 to 34-year-olds.

A significant shift in consumer expectations

One of the major shifts is the expectation that purchases will be made within the platform itself. Consumers do not want to visit a different channel in order to complete a purchase. Previously these non-traditional channels would have been important for discovery. However, now 24% of all shoppers say they would actively decide against making a purchase with one retailer in favour of another. If that retailer made it easier to shop through non-traditional channels. A further 34% wish retailers would make it easier to shop using new methods.

According to Nick Shaw, Chief Revenue Office at Brightpearl, “Our report delivers major insights for businesses. It explores how shopper behaviour will change during this festive season and beyond. What’s clear from the data is that we’re ushering in a new normal for commerce. Framed by an explosion of spending in non-traditional ways and fragmentation in the types of channels different audience groups utilise.”

“We really are at the beginning of a new trend. Things are changing in the world of online shopping – and quickly,” Shaw added.

The report delivers a number of insights into how shopper behaviour will change this festive season and beyond. The key stats include:

Adapting to these trends

The report suggests adapting to these new trends is essential for businesses to remain competitive and stay relevant. More established platforms like the Facebook marketplace are rapidly becoming obsolete. This is a result of emerging eCommerce social media platform such as TikTok or ads in Instagram stories. Even though it is only half of consumers embracing these new trends, the younger generations are disproportionately welcoming them.

The report notes the low adoption of new digital channels and reliance on dated and inflexible backend technology. It suggests many merchants haven’t realised the new era of hyper-scalable commerce that requires new ways of thinking. The upcoming desire for consumers to be able to ‘buy wherever they are’ will unearth operational complexities. However, with the right retail operating system it needn’t be intimidating.

To find out more about how behaviours are changing and how this will impact Black Friday, Cyber Monday and Christmas 2021, Brightpearl polled 2,000 shoppers during one week in July. The company also surveyed 400 British retailers. The interviews were conducted online by OnePoll using an online survey. Shoppers were asked how much they plan to spend and on which channels. This helped to find out more about their intentions and their opinions of traditional versus non-traditional shopping channels. Researchers then quizzed retailers to get their views on these channels. Additionally, whether they were planning to adopt them in time for the holiday shopping season.

We are all living during really exciting times in retail, which is reflected in this interesting report. Consumers have more choice than ever before. Furthermore, they want to buy and spend online using these new digital channels. Especially as the Christmas and Black Friday seasons approach. Unfortunately, from Brightpearl’s report, many retailers and brands will miss out from this opportunity. Because they do not have the infrastructure to quickly add the new selling channels that customers now prefer. Businesses need an infrastructure that’s built for scale, agility and optionality. It’s only with this type of set-up that businesses can easily and rapidly add the new services customers demand. The retail world is rapidly changing, businesses need the ability to evolve with those changes.