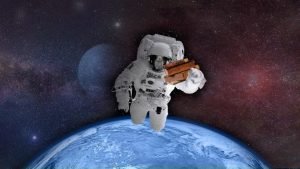 Aprika has released the latest version of its PSA software, Mission Control 1.59. The release contains several new and updated features. Aprika has added several features that software development teams will find useful, notably a new Retrospective Board feature which headlines the release notes.

However, there are also improvements in holiday tracking, timesheets and the automatic generation of projects from Salesforce opportunities. Enterprise Times spoke to Colin Johnson, Co-Founder and CEO of Aprika about the release earlier this week.

When asked what the most exciting feature of the release is Johnson replied, “The retro board for sure. I’m so excited about that. Funnily enough, I was in the UK at the time I conceptualised what I wanted this to be. I’ve just had to bide my time to get it to the right point of the priority on the roadmap. We’ve got our retro plan for tomorrow morning for this release. So, looking forward to putting it through its paces.”

For those familiar with agile development practices the retrospective is a key part of each sprint and project. The new feature that Aprika has unveiled in this release helps projects teams to collaborate record and report on information from each retrospective.

The Retrospective Board is effectively a flexible and collaborative Kanban board for retrospectives. It enables team members, and even customers through Salesforce Communities Access, Johnson revealed, to add Learnings. Each Learning is given one of four Opinion values. These Opinions make up the four columns of the Kanban board. Though it is possible to change both the label and the object used. Mission Control initially sets these to:

Team members can move learnings across different columns as the items are discussed and updated with further information. Each Learning is also categorised. The initial categories include Process, Resource, Schedule, Collaboration, Scoping, Testing, Documentation. The categories are used for subsequent reporting.

The retrospectives can update in real-time for all users if required. Thus as someone is updating the Learning, others team members will see the updates or the Learning move from “Needs Improvement” to “Puzzles Us” for instance.

If the team want to view the Learnings from a different viewpoint they can alter the columns to reflect Categories or Project.

Once the retrospective board has captured the learnings it is possible to report on them as they begin the next project. For example, a resource manager could run a report on existing retrospectives to surface all “Try Next” relating to “Resource” as they start the resourcing process.

This is the first iteration of this project and Johnson fully expects to improve it in coming releases. He commented, “It’s the MVP of that concept. As our customers get a hold of it and start using it, (we) fully expect the feature requests to start coming through.”

There is huge potential with this feature if customers start to adopt it and feedback improvements that Aprika can deliver. There are some questions over how it will scale. As the number of Learnings increases how will they become manageable in the future, or even consolidated. Will Aprika enables learnings to become tasks/actions to improve existing processes? Can these improvements then update processes within the organisations and within Mission Control? If Mission Control can help automate some of the suggested improvements, this would be even better.

Mission Control might also add some gamification for Learnings, enabling the project manager/scrum master to determine whether people are happy with the current status of a Learning. Once a quorum or unanimous opinion is reached, it could be locked for that retrospective.

Also, the reporting is reactive rather than proactive. Could Mission Control surface learning insights automatically as pop-ups or by clicking an icon to surface relevant insights at different stages of the process? In the above example, as a resource manager starts the resourcing for a new project, clicking a button might surface all relevant learnings for that type of project. There are many potential improvements with this feature, and it will be interesting to follow.

Normally seen as a feature in HR systems this new feature enables teams to track holidays taken. Each role is given an allowance for each holiday type. That allowance can either accrue or expire at the end of a defined period. The system allows administrators to set a maximum accrual percentage.

As holidays are booked the allowance is deducted and employees are unable to book more vacation than their allowance. It is quite a simple yet flexible solution. For example, individuals might have 20 days of paid time off, 2 days of voluntary work time off and 5 days of unpaid allowance. Mission control has also created several reports for leaders to review holidays taken.

If an individual with only two days PTO remaining wanted to book a week off they would need to submit two requests, one for two days off and another for three days unpaid leave.

Mission Control has also made improvements to the Meeting Manager feature it launched last year. It is now possible to create a PDF agenda based on the items, tasks and details held within Meeting Manager. This is a very useful way of consolidating information and presenting it to a customer. It is also possible to new create an action from an agenda task. This then allows the project manager to track and resource it appropriately.

Mission Control already has three methods to generate projects: opportunity, products and products, no duplicates. This feature adds another two which adds a base template to either the products or products with no duplicates options.

Johnson explained the new options saying, “Where the base template comes in as well as my setup, my data migration and my training, I might have certain things that I top and tail the project plan with. So regardless of what products I sell, I’m always going to do these certain things.

“For example, a project kick-off, we might always do certain setup steps around, kicking off the project, having a call with the customer, and understanding who stakeholders are and configuring project status reports. Then at the end of the implementation work, we might also have a go-live period where we provide some support.”

There are several minor feature updates including the ability to convert requirements into project milestones and users stories to actions. Several customer requests are implemented for timesheets. These include the ability to configure whether warnings are displayed when submitting incomplete timesheets and a new approval status summary screen. It is also now possible to associate a time log to an action. Mission Control has also added greater flexibility for Timesheet submission reminders.

The Action Pad which includes lists of actions that users need to do has new enhanced filters. It enables users to filter using either an AND and OR operand against multiple queries for Teams and Skills. There are also minor updates to Gantt Charts, KPIs tracking, install scripts and when deleting projects record that link dependencies are now deleted.

Enterprise Times asked Johnson what the most requested update within this release was. Without hesitation, he answered, “The ability to exclude specific milestones, actions and checklists from the project status reports.”

Aprika has just hit 7,000 users for its solution and Enterprise Times asked Johnson about the company’s growth. He replied, “Our team has more than doubled. We’re expecting that to more or less double again within the next 12 to 18 months. Similarly, with the user base. We’ve been fortunate not to hit speed bumps through the pandemic. Our customers seem to be doing the same as well. We’ve been very fortunate to continue having ongoing success and growth.”

With the completion of the acquisition of Slack by Salesforce, ET also asked Johnson, what are the plans for integration to Slack for Mission Control?

“A fair bit. Definitely one of our bigger priorities for next year. We actually had a Slack integration scoped out a couple of years ago. We put that on the back burner because Slack at the time had introduced their own integration. It didn’t support custom objects at the time, but we connected with them, and we were advised that it would eventually. It transpires that it probably doesn’t do everything that we would be looking for it to do. We’ve basically reprioritized our own integration.”

There are a lot of minor enhancements in this release, but like Johnson, Enterprise Times feels the retrospective feature has huge potential. It will be interesting to see how it develops. Aprika is growing quickly and for agile project teams, especially within software development environments, it is becoming a comprehensive solution. Johnson clearly has a vision for Mission Control and the team continue to develop the solution to realise it. Aprika also approaches the challenge from the point of view of a modern practitioner.

The new release is available as follows

There is also a webinar available here on Youtube.