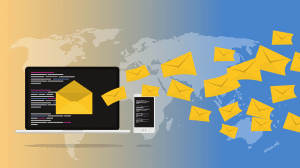 The attacks are exploiting known Microsoft vulnerabilities for which THERE ARE PATCHES. That’s right. These attacks are exploiting unpatched servers where organisations have ignored patches for their infrastructure. Dave Kleinatland, researcher at Huntress Labs did some analysis on approx 1,900 Exchange servers that Huntress monitors. It shows when these servers were last patched. ALL 1,900 show that they have not had patches for at least two of the CVE’s that are being exploited.

A tale of three CVEs and three updates

According to the blog, the attackers are using the “three chained Exchange vulnerabilities to perform unauthenticated remote code execution.” So far, Huntress Labs has reported over 100 separate incidents. How many organisations have responded and remediated their systems is not yet known.

It is hard to be surprised when another set of attacks are reported exploiting vulnerabilities for which there are patches. Organisations continue to be lazy and make poor risk assessments when it comes to patch or not patch. In this case, it seems that those who ignored the well-publicised Microsoft patches are beginning to pay the price.

However, as with many Exchange attacks, this is about more than just those companies. Once inside an Exchange server, attackers will look to exploit the trust between the compromised organisation, its customers and its suppliers. It can lead to phishing, business email compromise, credential theft and other attacks.