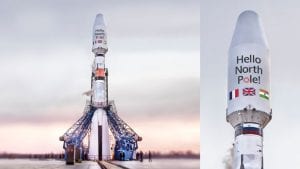 BT has signed a deal with satellite communication provider OneWeb to deliver broadband to hard to reach areas. The goal is to use OneWeb’s array of hundreds of satellites in low Earth orbit (LEO). The agreement builds on an announcement the two companies made in February. OneWeb has now launched over 200 satellites, with more due to launch on July 1st.

Philip Jansen, Chief Executive, BT, said: “Our ambitious full fibre and mobile commitments have put BT at the forefront of efforts to expand digital connectivity across the UK. It is clear that greater partnership is needed, both with Government and within industry, to ensure connectivity can reach every last corner of the country. Our agreement with OneWeb is an important step to understanding how that goal could be achieved in the future.”

What does this mean for BT customers?

This is a significant move by BT. It has struggled to provide high-speed Internet to various parts of the UK. According to Ofcom, a decent broadband service is 10Mbps down and 1Mbps up.

Using that measure, around 190,000 premises cannot get a decent broadband service from either fixed or mobile networks across the UK. The problem is worst in Northern Ireland and best in England. The percentage of affected properties are Northern Ireland (2.3%), Scotland and Wales (1.2%) and England (0.5%).

However, the last 18 months of work from home has shown that the speed is far from sufficient for families. Students trying to access educational resources have been competing with parents trying to work from home. Both are expected to access material with high video content today and for many parents, working remote means using videoconferencing. It means a much higher speed is required.

Questions for BT and OneWeb

Three questions need to be answered:

A significant boost for OneWeb

A year ago, OneWeb was in serious financial trouble. When the UK government invested £400 million to rescue it, there was concern that this was a risk and wasted money. Since then, however, the company has signed deals with several companies to deliver services from its satellites.

The first of those to deliver fully functional solutions to customers is likely to go live later this year. At that point, questions about performance and reliability can begin to be addressed. Despite that, this is a deal that looks good for BT, OneWeb and many remote communities in the UK.

Anything that reduces the digital divide is to be welcomed. However, the measure used by Ofcom to determine an acceptable level of access 10Mbps/1Mbps is no longer reasonable. A better measure would be 35Mbps/10Mbps, especially as people work from home. One of the impacts of the pandemic has been a migration from cities to rural areas. Buyers are looking at broadband speeds before considering properties.

OneWeb is not the only option for those wanting a satellite broadband service in the UK. SpaceX’s Starlink was granted a licence to operate in the UK in November last year, although it has yet to start trials in the UK. Where it is undergoing trials in the US, the performance numbers are pretty spectacular.

What is not clear is how this will help BT focus on meeting the UK governments £5 billion Project Gigabit. That project called for both satellite and 5G to connect very hard to reach areas.

It is very early days yet on this project. We are far more likely to see Starlink being deployed in the UK than we are OneWeb solutions. This is a good and a bad thing. Good because it means OneWeb and BT can see what issues there are. Bad because it is a finite market and one that may well become very price dependent. BT and OneWeb need to show that they are working quickly to deliver services.