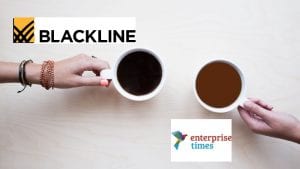 Mark Woodhams was recently promoted to the role of Chief Revenue Officer at BlackLine. Enterprise Times had the opportunity to talk to him about the progress BlackLine has made and look forward to 2021.

If you look back at 2020, what kind of achievements Do you want to highlight?

“I last spoke to you on the 13th of March. I was in the UK and had to scramble to get back to the US. Then for a good four to six weeks, it was hard to predict. So putting the predictability or keeping predictability in business, was an achievement. Looking after our customers, putting together some free service packages around how to close your books in a virtual world, things like remote audits. We invested back to help our customers over a hump.

“I’m really pleased with how that we did that. The positivity we’ve had back from the customers has been tremendous. We went out of our way to look after our staff during what was quite a challenging time for everybody. From a highlights perspective, apart from the numbers that you see printed in the quarterly results, I’m proud of the predictability, and I’m also proud of what we did as a company for our customers and our staff.”

Woodhams replied: “Apart from delivering against the numbers. COVID has been interesting. We’ve managed our business really well through it. If I look at the things that are going on in the world we had an inauguration in the US, we’ve got COVID, we’ve got a virtual workforce. We’ve got some industries coming to terms with that, some not so well. It’s navigating my way through that and making sure that we capitalise on our opportunities and look after our customers.

“We also made an acquisition. We need to make sure the integration for that goes as well as it possibly can so we start to leverage the investment we’ve made there. It all comes under that overall banner of navigating what hopefully will be a bit of an easy year but still will be a challenging one.”

There are concerns about the longer-term pipeline from some vendors because of the lack of physical events, how is BlackLine faring?

“I’m going to talk about lots of other people. Our chief marketing officer, Andres Botero, is one of the best I’ve worked with. He doesn’t sit still, and he’s forever testing different ways to keep the pipeline up. When you look at Beyond the Black, a virtual event for us, we normally would have had, twelve to fourteen hundred people attend. We had about 18,000 registrations and about 12,000 attendees in some way, in a virtual format. Out of that, we created a significant amount of pipe. Everybody was hesitant about what this would mean to the pipeline, and was the pipeline that we were creating real? Now you’re virtual– it’s not face to face.

“It’s held up pretty well. So I feel confident in the pipeline that we’ve built, and that we are building. Executing that, with and through partners, using marketing technology. Again, making sure that I’ve got the activity at the rep level, at the BDR level. And all the way through, the org supports that.”

Woodhams has been the driving force behind the SAP partnership. Is BlackLine looking to extend that partnership further?

What about other partnerships, would you look to add another similar one?

“No, I don’t think so. We brought on board a guy called Mel Zeledon, who ran channels and alliances for Workday, before that Adaptive, before that IBM. So we’ve got a very senior experienced guy now driving that for us. We will look at new ISV opportunities for sure. At the moment, we’re focusing on meeting the demands of our existing SI relationships and the new ones that are coming along.

“We already had a relationship that was in its infancy, with Capgemini. The Rimilia acquisition came with a very strong Capgemini relationship. We’re looking to expand that on both sides and globalise it. We’ve had a level of interest from several SI’s, new ones as well as existing ones, around that acquisition. We’re just finding bigger and better ways to work with them.”

ET asked Woodhams about potential acquisitions. While he was not drawn on specifics, he spoke about the latest acquisition BlackLine made and the likely strategic direction.

“The Rimilia acquisition extended our footprint into the world of the chief accountant. It’s given us a TAM of something in the region of 28 billion. So, at the moment, we’re looking to execute against that. Over time, either organically or otherwise, we’ll look to improve what we can offer to the controller.”

What’s the challenge in your current role in integrating Rimilia?

“I’ve been acquired three times in my life and they were really poor experiences. When you get acquired by a company, the pre-sales part of it is great. The post-sales part of it as an acquired individual is pretty hard because you’re a fraction of the other company’s size. Therefore, who you are, what you are, is discarded in a way. We’ve worked really, really hard since that acquisition to make people feel welcome, to get them on board as quickly as possible, to remove that fear of uncertainty and doubt. Number two is people. We feel we bought a market-leading product and a really good bunch of people. We don’t want to lose those, that’s important.

On expansion into new geographies

In our last conversation, you were looking to drive into new geographies, partly driven by the SAP relationship. How is that progressing?

“From an SAP perspective, the biggest indicator is that once every six or eight weeks, I talk to senior people at SAP in every geography about their commitment to us and our commitment to them. We work and plan together, and from a relationship point of view, that’s moved on significantly. When I spoke to you last, I was expecting to go into a couple more countries direct. COVID put the handbrake on that for obvious reasons. It hasn’t stopped it. It’s just been a bit of a handbrake.

“When I look at the channel strategy that we are deploying, it’s very similar to the approach I took at NetSuite. To create a high value-based reseller relationship where there was plenty of profit for everybody in the game. That’s off and running, and we’re looking for new countries and new partners and new regions to gain a foothold into. Outside of those countries, which might be direct targets in the near future.”

What is the latest business book you read

“It was Selling From The Heart by Larry Levine.” Amazon AUS/UK/US

Woodham reveals more about the book and why he read it in a tip being published on Tuesday.