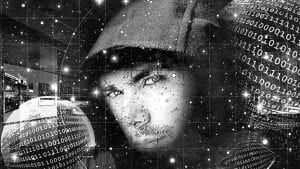 DisrupTor, a joint operation between the US Department of Justice, Europol and other JCODE members struck yesterday. It has resulted in over 176 arrests, including 119 in the United States and 42 in Germany. Those arrested are charged with selling a range of illicit goods and services including drugs and firearms.

Commenting on this operation, the Head of Europol’s European Cybercrime Centre (EC3), Edvardas Šileris, said: “Law enforcement is most effective when working together, and today’s announcement sends a strong message to criminals selling or buying illicit goods on the dark web: the hidden internet is no longer hidden, and your anonymous activity is not anonymous. Law enforcement is committed to tracking down criminals, no matter where they operate – be it on the streets or behind a computer screen.”

According to the US Department of Justice (DoJ), DisrupTor: “resulted in the seizure of over $6.5 million in both cash and virtual currencies; approximately 500 kilograms of drugs worldwide; 274 kilograms of drugs, including fentanyl, oxycodone, hydrocodone, methamphetamine, heroin, cocaine, ecstasy, MDMA, and medicine containing addictive substances in the United States; and 63 firearms.”

As important as the physical seizures is the intelligence that was acquired. Some of the vendors targeted by DisrupTor were also selling on other dark web marketplaces such as AlphaBay, Dream, WallStreet, Nightmare, Empire, White House, and DeepSea.

Will the intelligence lead to more takedowns?

The JCODE teams will now be looking through all the new intelligence they have from computers they have seized. It will inevitably show new marketplaces that those arrested were also trading on. It will also provide more information as to how they work. All of this will help to inform future operations.

The question is, can JCODE and other law enforcement groups move quickly enough to close down marketplaces before they are well established? Alternatively, can they use the intelligence here to create fake accounts on new marketplaces to monitor activity? It would be surprising if the latter were not the case as it is a standard operational move. When it comes to closing down marketplaces, the question is whether the intelligence gathering is seen as being more important than seizing illicit goods.

Another point of intelligence will be the cryptocurrency seizures. How quickly the agents can get access to the various crypto wallets is unknown. However, tracking other wallets connected to those seized will provide an opportunity to track both customers and sellers. It also allows authorities to seek court action to ban the more active wallets before cryptocurrencies are moved. A side benefit for authorities will be the use of confiscation orders that allow them to sell or use seized cryptocurrencies. This is something the US, and other governments, do regularly.

The pace at which dark web marketplaces are being taken down is increasing. Empire Market disappeared in August, Dream Market, Wall Street and Valhalla were shut down in 2019 while AlphaBay and Hansa went offline in 2017.

For the countries who are part of JCODE, this is a good win. Another high profile shut down, goods seized, arrests made, and intelligence gathered. There will now be a concerted operation to see where this leads next.