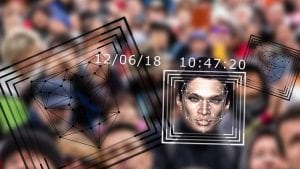 Liberty and Edward Bridges have won their appeal against the use of facial recognition technology by South Wales Police. The appeal came after the High Court ruled in September 2019 that the use of facial recognition was lawful. In that judgement, while the High Court said the use of the technology was lawful, it also agreed it interferes with privacy rights. It provided the basis for Liberty to appeal and overturn the decision.

Liberty lawyer Megan Goulding said: “This judgment is a major victory in the fight against discriminatory and oppressive facial recognition.

“The Court has agreed that this dystopian surveillance tool violates our rights and threatens our liberties. Facial recognition discriminates against people of colour, and it is absolutely right that the Court found that South Wales Police had failed in their duty to investigate and avoid discrimination.

“It is time for the Government to recognise the serious dangers of this intrusive technology. Facial recognition is a threat to our freedom – it needs to be banned.”

The problem with facial recognition

Police use of facial recognition has been in the spotlight for some time due to claims of bias and misuse. South Wales Police (SWP) denies that the system, as trained and used, is discriminatory.

Liberty and Edward Bridges disagreed. They produced two expert witness reports written by Dr Anil Jain (Report 1, Report 2). Jain is a Distinguished Professor in the Department of Computer Science & Engineering at Michigan State University. He is also an acknowledged expert in the field of biometric recognition technology.

Jain outlines how facial recognition works. He describes how bias and discrimination can be inherent in the system.

Jain questions the use of user-specific thresholds when it comes to accuracy. He states that the lower the threshold to identify a face, the more it results in false-positives. Jains writes: “Further, if the Threshold Value for an individual from a black or ethnic minority group is adjusted with the result that the system becomes particularly sensitive to that person, the system may also become particularly sensitive to others from the same ethnic group. As a result, people from that ethnic group will all be wrongly matched more often.”

The UK Government publishes yearly arrest statistics. These identify arrests by ethnicity and gender and shows arrests by Police force. Using that data, there is a significant bias towards black males than any other group. It means that unless NEC/Northgate used a heavily curated set of images, bias is inherent in the system.

Questions over the veracity of facial recognition have caused companies such as Microsoft, IBM and Amazon to back away from supplying their facial recognition systems to law enforcement in the US. All have accepted that there are issues with bias in the way the systems are trained and used.

This case, brought by Edward Bridges and Liberty, took an even wider view than bias. They were targeting the indiscriminate use of the technology. Among the key issues was how the legal framework used by SWP protected privacy rights and its compatibility with equality laws. Liberty argued that it failed on both counts and both court cases agreed. However, while the original court case allowed continued use of the technology, the appeal has now blocked it.

The question is, what happens now? Several police forces across the UK are trialling the technology. Those trials may continue, but the Home Office will need to look closely at the legal framework under which trials and operational use take place.

The technology is not just used by the police. There are plenty of public and private organisations using it in shopping centres and city centres. Will Liberty now look to use this case to get bans on those systems?

Enterprise Times did email Liberty to ask where they go next but at time of writing had received no reply. We will update the article with their response if/when we receive it.