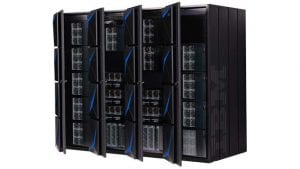 IBM revamped and reinvigorated the IBM Z product line in 2015 with the introduction of the z13 followed swiftly by LinuxONE, the platform that underpins IBM’s blockchain applications. Sales of hardware, software, licences and services have been strong, and it has been the second-best performing division in the company. Importantly, IBM Z is now installed in the IBM Cloud, widening access to a new market.

Being a hardware platform used by the IBM Cloud has meant a review of how developers and testers work with the platform. IBM has supported Linux and open-source software on the platform for over a decade. It is now going further, opening up the Z platform to be a first-class option for all developers.

That change is essential. As the COVID-19 pandemic hit New York and other US states, they struggled to deal with applications for unemployment benefits. Many of those systems sit on IBM Z but are written in COBOL. With a distinct shortage of COBOL developers, it caused problems for several states. A significant part of that problem is the developer experience which is also a challenge for those organisations looking at where the mainframe sits in their digital transformation plans.

Barry Baker, VP IBM Z Software recently told analysts: “Lots of that code is maintained and enhanced still using old tools in siloed technology stacks oriented around organisations. Those teams tend to be sometimes risk-averse, and their rate and pace of innovation is not as fast as we would like it to be. It’s not as fast as developers on other platforms are able to achieve.”

Bringing IBM Z into the world of DevOps

Baker cited a McKinsey report saying: “The pandemic that we’re dealing with right now has accelerated the shift to digital banking by about two years. It means many of our clients in Z are staring down an acceleration of their strategy. It means they have to figure out how to get better at, and faster at, doing development on this platform.”

Digital banking requires the ability to create hybrid applications, as many banks use IBM Z as their System of Record (SoR). It also means that the speed required to develop, test and deploy new applications has to be short. Baker believes that the key to getting there is automation for both developers and operations teams. IBM is targeting automated software testing and automated deployment of applications through orchestration. In short, IBM Z meets DevOps.

Bringing DevOps support to the Z platform has other benefits. It means developers can work with the same tools and IDEs that they use across other platforms. There is no longer any need to write code just for Z. Once code is written, it goes through the same levels of sandboxing and automated testing as code for other platforms. It is then automatically deployed into the Z platform.

What is IBM Wazi?

IBM Wazi, encompassing both Wazi Workspaces and Wazi VTP, is a complete set of development and test capabilities that allows developers to build applications for IBM Z. Wazi Workspaces provides capabilities that support development using their existing DevOps tools such as Jenkins, JFrog Artifactory, and Git. It allows developers to pick from a choice of IDEs including VSCode, Eclipse Che, and Eclipse. They can also work in a RedHat certified personalised z/OS sandbox running on Red Hat OpenShift, as they write and test code using their chosen IDE. The most important thing here is that developers do not need to be working on or using the tools on the actual IBM Z hardware for development and test.

Wazi VTP is a separate offering that complements all these capabilities that Wazi Workspaces brings to the table while empowering developers to shift-left in their testing. Wazi VTP adds automated application integration testing as part of the Software Development Lifecycle. It ensures that testing is not left out of the DevOps options for IBM Z by providing an innovative fully virtualised test platform that allows application integration and transaction-level testing during the build phase of the DevOps lifecycle.

What does this mean for developers?

Simply put, IBM Wazi democratises development for IBM Z. Developers no longer need to have access to IBM Z, learn an unfamiliar IDE and recreate their own code snippets libraries. They can take advantage of what they have today and treat IBM Z as any other development platform.

The simplicity of that workflow is that developers can iterate quickly. There is no need to wait for overnight builds on the mainframe. It speeds up the whole process allowing developers to deliver new applications on Z at the same pace that they would deliver those applications on any other platform.

What does this mean for the business?

Digital transformation requires the ability to create and iterate code quickly to meet changing business needs. That speed of change is becoming accepted as the norm when dealing with many platforms. The mainframe, however, has been a singular holdout. The primary reasons are the complexity of the platform, the sensitivity of the workloads and data, and the tooling that was available for developers and operations teams.

IBM Wazi is turning that on its head. Developers no longer need access to the mainframe to write, test, compile and deliver code. It is only when the code needs to be system and performance-tested, and deployed that mainframe access is necessary. Even here, IBM is providing the business with additional capabilities. The fixation that Barry has on automation means that the IBM Wazi Virtual Test Platform can ensure that applications pass rigorous testing before deployment. More importantly, the integration with CI/CD tools means that the deployment can be orchestrated.

For those businesses who are modernising their mainframe workloads and taking advantage of containers, this latter step is a must-have. It allows them to get all the benefits from a container world on the mainframe.

For more than a decade, IBM has realised the mainframe needed to change. It bought into Linux and invested heavily in moving that onto the mainframe. It widened that investment by making large amounts of open-source software available on the platform. It then created models for different sizes of enterprise, matched the pricing to the market and introduced its LinuxONE range. The latter has been a significant driver in the success of IBM’s Blockchain business.

Despite that, there were still areas where the mainframe struggled, the biggest of these being the age of developers and operators. There is also a vast legacy code base for the platform that has never really been updated. IBM’s competitors have tried to use that lack of skills and legacy risk to migrate customers from the platform. There have been some successes, but IBM has managed to reverse that in recent years.

Finally, IBM realises that it has to do more. Having turned the mainframe into a cloud platform and deployed the hardware inside IBM Cloud data centres, it has turned its attention back to the developer. By democratising development on the platform, it will be hoping to retain existing customers and win new customers.

The IBM Z platform has a built-in level of security that other hardware platforms lack. As organisations want more secure platforms, IBM Z is poised to take advantage of that. IBM Wazi means that IBM can now promote IBM Z as a first-class platform alongside x86 and Power. More importantly, with its recent statement of direction on container support, it can promote its ability to run exceptionally high volumes of containers in a highly-security environment, something the other platforms lack. It is also something that IBM’s competitors in the cloud space struggle to match.

Synonym Advisory’s objective is to provide its clients – whether enterprises or vendors – with common-sense research, markets advice and input about today’s and tomorrow’s information technology/communications.

We satisfy our objective when our clients achieve their objectives.

The focus for our advisory services includes:

We are also developing new research into next generation Edge Computing, especially as it may apply across IT.