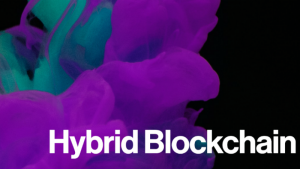 Kadena has launched its public blockchain which includes full transactions and the ability to write smart contracts. The latest functionality of the network completes Kadena’s hybrid blockchain platform and confirms Kadena’s relevance to multiple industries – including finance, healthcare and insurance.

“Launching a fully functional hybrid blockchain which seamlessly integrates a public chain with a private network is a significant step forward in reimagining what applications can do on-chain.”

Understanding the significance of hybrid blockchain to Kadena

Kadena uses the analogy of a high street to explain the significance of hybrid blockchain. It envisages a street with many stores. Those stores are accessible to the public – to browse and buy.

Yet, each of the businesses that a store represents – whether a corner shop or a department giant – has its own back office functions. Back offices are not publicly accessible. Rather they represent:

A hybrid blockchain takes the best of public and permissioned blockchains by:

With a hybrid blockchain approach come benefits which include:

The point Kadena makes is: you need both in order to have a functioning marketplace. For Kadena, ‘a hybrid blockchain means a public and permissioned blockchain that can interact seamlessly to make a more secure digital marketplace — and pave the way for a different type of shared economy’.

Enterprises and developers alike will find applications – which they once considered too challenging (or expensive) – become possible with Kadena. By removing complexity and vulnerability in other smart contract languages, Kadena believes Pact advances secure and legible transactions.

Kadena Kuro, as the platform’s next-generation private blockchain, overcomes the challenges of security, scalability, and speed found in existing blockchains such as Ethereum. The Kadena public blockchain functions through a braided, parallelised Proof of Work consensus mechanism. This architecture:

The launch comes after Kadena completed 2019 with the news that:

“We’ve solved the scaling challenges of Bitcoin with parallel Proof of Work chains while addressing the security issues of Ethereum with Pact,” said Founder and CEO Will Martino.

“Today’s launch of our public blockchain with full transactions, which completes our hybrid platform, advances mainstream adoption. We’re excited to see how Kadena’s blockchain will empower entrepreneurs and enterprises to bring in Economics 2.0.”

The announcement represents a step forward for blockchain technology relevant to enterprises. For example, Kadena:

Kadena’s origins lie in JP Morgan’s first blockchain as well as work at the U.S. Securities and Exchange Commission. These are an impeccable combination and bring weight to Kadena’s claims that it provides a public blockchain which:

the attraction of public and private blockchain working together for businesses is obvious. It combines the traditional back office’s capabilities with public logistics and automated contract enforcement.

Yet, to Enterprise Times, enterprise success will depend on three factors:

In the latter case Formal Verification is not new. Mission critical environments – like in nuclear power plants and space autopilot systems – use it. If it is not too cumbersome, Formal Verification should help eliminate vulnerabilities like those encountered with the DAO hack or Parity Wallet multisig bug – and other high-profile smart contract failures.