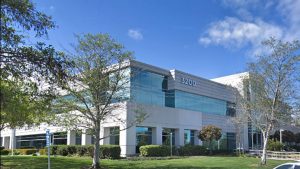 Imperva has appointed Pam Murphy as its new CEO. Murphy takes over from interim CEO, Charles Goodman who goes back to his role as chairman. Murphy has a long history of working for very large organisations, although this is her first CEO role. With almost 11 years at Oracle and 10 years as COO of Infor, Murphy brings significant experience to this role.

Imperva was under pressure to make a new appointment after the surprise departure of Chris Hylen. Hylen had overseen the sale of Imperva to private equity firm Thoma Bravo for $2.1 billion. However, he was the major casualty of the data breach that saw the company lose customer data when one of its security products was attacked.

Murphy will have to address two significant issues. The first is the reputational damage caused by last year’s data breach. The company has been careful to avoid any talk about customer losses since the news in August. However, all eyes will be on announcements of turnover and revenue and it will be interesting to see how much time Thoma Bravo allows Murphy to stabilise the situation.

The other challenge will be the integration of Prevoty and Distil Networks. This is where Murphy’s 10 years of experience as COO at Infor will come in useful. During that period, as part of Charles Phillips management team, Murphy was involved with both acquisitions and integrations.

Beyond these two challenges, Murphy will be expected to grow Imperva. The cybersecurity market is ripe for serious consolidation at the moment. The question is whether Murphy sees growth as being organic or through acquisition. Once again, this is where her experience at Infor will be invaluable to Imperva.

A statement to calm the nerves

Murphy’s first act was to issue a statement last night in the form of a blog on the Imperva website. Titled Thrilled to Join Imperva, Murphy openly addressed the challenges above.

Murphy immediately addressed last year’s breach writing: “As someone who has been on the other side of needing to be protected against cybercriminals, I am deeply respectful of the huge responsibility of cybersecurity companies to keep their customers’ data and applications safe. It is a responsibility that I vow to take very seriously in my role at Imperva given the criticality of it to our customers and in turn their obligations to their customers. “

When it comes to growth Murphy wrote: “I joined Imperva to help the company drive substantial growth, globally, by building on the existing foundation that has been created by this talented team.”

The timing here could not have been better for Imperva or Murphy. Imperva needs someone who has the experience of addressing significant challenges and who can manage growth through acquisition and integration. Murphy has all of this is spades. The key will be Thoma Bravo giving her time to execute and recover from the current challenges Imperva faces.

There is, however, another dimension to Murphy’s arrival. Her departure from Infor marks almost the end the Charles Phillips management team. A team that over a decade has reshaped Infor from a collection of poorly integrated acquisitions into a major force in enterprise software. The only member of that team left is Soma Somasundaram, CTO, Infor.

That the team has been broken up is unsurprising. Since taking over as CEO, Kevin Samuelson will have been looking to set his stamp on the company and drive it to where he wants to be. Interestingly, Infor has not immediately announced a replacement for Murphy. Will Samuelson appoint from inside or bring in fresh blood to his management team?