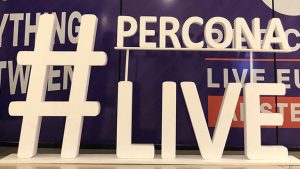 At Percona Live in Amsterdam, the Open Source database company has released details from its latest customer survey. The results are interesting and suggest that the database market is less rigid, stable and predictable than you might think. They also show a propensity for larger customers to have more database instances than staff.

The company also announced an enhanced version of its Open Source database monitoring and management platform. It claims that this will deliver faster performance issue resolution. More importantly, it will help customer resolve database inefficiencies. Given the fact that some customers are running > 10,000 database instances, that can only be a good thing.

Peter Zaitsev, co-founder, and CEO of Percona. “According to our own research, 92% of companies have more than one database in their environment.

“PMM2 helps these companies find and eliminate database inefficiencies across the complex mix of multiple databases, platforms, and providers, making it easier for developers and DBAs to solve problems before they affect applications and services.”

Key numbers from the survey

The survey report stretches to 35 pages which is quite lengthy for most surveys. However, that did allow Percona to tease out some tasty insights from the respondents. Among those are:

It’s a good question. The first thing we learn from the key stats and the report is that open source database usage is healthy and on the rise. This is not just about small and medium enterprises but also large enterprises. Avoiding cost is always the first option when you ask why people like open source. The second is avoiding vendor lock-in.

The report also shows that multi-cloud is becoming part of that avoiding vendor lock-in solution. While there is some adoption of cloud-based DBaaS, it is limited. One reason may be that an increasing number of the cloud DBaaS offerings are not easy to migrate from. This means that end users are increasingly looking for alternatives when they deploy their instances.

The challenge of containers and databases is still at the early stage. While customers are deploying and scaling out their Kubernetes environments, they are not sure where to put their databases. This is, to some degree, due to confusion over what a container should hold. The received wisdom is that containers are small, agile and contain small micro-services. Sticking a database inside them that could hold hundreds of gigabytes makes no sense. What is lacking is a clear architectural guidance which is ironic given that most companies are trying to re-architect for containers and serverless.

Using open source does not mean contributing to its future

The report also took the bold step of asking if the respondents contributed to open source projects. More than 60% said no. This is a surprise, especially given the complexity that some customers are dealing with when it comes to multi-cloud and thousands of instances.

This raises the question of “what constitutes contributing?” Asking around the delegates at the show and the view was predominately: “providing or checking code.” Some felt that helping with documentation or answering questions in forums was enough.

One option, not mentioned by delegates, was contributing experience from trying to run multiple instances across multi-cloud. This is an area that is increasing. Database vendors are no strangers to the problems of synchronisation between database instances. However, there are scale-up and scale-out challenges when it comes to keep data valid and trustworthy. Percona could try and persuade some of those larger customers to share those experiences. It is just as valid a contribution as proof reading manuals and commenting on forums.

When Oracle bought Sun and acquired MySQL, there was an openly voiced concern for the future of open source databases. That has long been put to bed and with the rise of cloud, there are more open source based options than pure commercial ones. That does not mean that everything is rosy in the open source database market.

As can be seen from this report there are some significant issues to be addressed in the coming years. How to manage tens of thousands of instances across multiple cloud infrastructures is one. Dealing with new architectures such as containers and serverless is another. Both of these are non-trivial issues and it will be interesting to see how the market evolves.

One thing is certain, open source database are now so deeply embedded inside the enterprise of all sizes that they are now a foundational technology component.