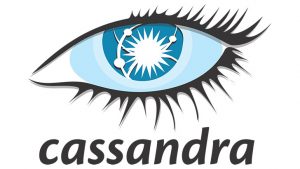 Patrick McFadin is the VP Developer Relations at DataStax. Enterprise Times caught up with him at ApacheCon to talk about all things Cassandra. McFadin and his team sit between developers and the internal DataStax engineering team. It gives him a grown-up view on how the product is being adopted and the challenges customers face. It’s also a job that McFadin clearly loves, not least, one suspects, for the hanging out at conferences and parties with developers.

One challenge that DataStax faces is getting people to understand the architectural difference between a RDBMS and a distributed database. McFadin sees that problem all the time. He said: “Your first two weeks with Casandra is your worst because it is so hard to work with a distributed system.” It’s a refreshingly honest assessment of the need to rewire your brain to understand properly what distributed means.

As a distributed database running on Cloud, McFadin talks about being able to run anywhere on any cloud. This is where McFadin sees a benefit for Cassandra. Unlike most database technologies that are simply very large databases with copies in different places. Cassandra is truly distributed and platform agnostic. It also provides developers and DBAs with the abiltiy to address the problem of latency.

However, there are challenges for developers and operations teams deploying Cassandra that need to be overcome. One of these is proving the security, especially as data is no longer held in a single location. Cassandra as a Service is DataStax PaaS play. McFadin sees this as being the way to solve many of those issues over deployment and security.

To hear what else McFadin had to say listen to the podcast.