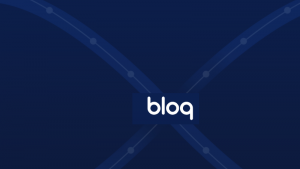 Bloq has made available its BloqCloud platform for on-demand blockchain infrastructure services (BaaS or Blockchain as a Service). BloqCloud has applicability both for conventional enterprises exploring blockchain technology and for blockchain-native companies building next generation cryptocurrency exchanges, wallets and other services. Bloq believes the future state blockchain will include multi-network, multi-chain and multi-token support – thereby enabling a software infrastructure capable of engaging with tokenised networks. This will happen via BloqEnterprise with tokenised networks and applications coming via BloqLabs.

According to CEO Jeff Garzik: “what Bloq plans to deliver (is) cloud-delivered, on-demand blockchain infrastructure and the means to build upon it. That’s not an end state, but a beginning; these services will be a gateway to reduced friction and cost for enterprise and SMB firms, serving as a new entrypoint into the tokensphere. Decentralized cloud computing will bring new participants into the blockchain universe by reducing the barriers to entry without compromising blockchain technology’s promise of security and full ownership.”

Recognizing these issues, Bloq built the BloqCloud platform for organisations and teams of any size. The common themes are the desire to:

The first two services delivered by the BloqCloud platform at launch are:

With a familiar set of APIs, BloqCloud Connect delivers everything developers need to build their quickly. Initial networks at launch: Bitcoin and Bitcoin Cash. For BloqCloud Nodes the equivalents are Bitcoin, Bitcoin Cash, Ethereum and Ethereum Classic.

In the future, the BloqCloud platform will introduce:

According to Garzik, “blockchains are fundamentally an ever-growing dataset. This places real, pragmatic demands on computers in terms of increased data storage and network bandwidth costs – costs that begin to put some blockchains beyond the reach of the average computer.  Keeping up with demanding blockchains such as Ethereum requires ever more compute, memory and data storage resources, which becomes a management challenge even for skilled IT shops that own their own hardware.”

If BloqCloud can deliver on what it asserts, it will be attractive to both enterprises and start-ups (OneConnect is somewhat similar, though for MSMEs) – in much the same way as these same players embraced cloud computing. As important for enterprise IT is one particular point made above. Searching for the perfect blockchain is a cause doomed to fail, and delay, blockchain implementation. Whether BloqCloud is the right long term choice is not the issue: acting is.