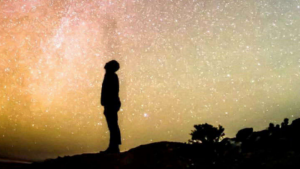 Hedera Hashgraph, a distributed ledger platform for enterprises, has announced that IBM and Tata Communications have joined the Hedera Governing Council. The Council – which will comprise up to 39 multinational entities from a diverse array of industries – exists to ensure decentralised and responsible governance for a next-generation Distributed Ledger Technology (DLT) platform.

Jerry Cuomo, Vice President of Blockchain Technologies at IBM, said, “We are excited to join the Hedera Governing Council and explore relationships between public networks and industry-specific networks. Hyperledger has proven to be the de facto standard enterprises use to build, manage, and deploy blockchain-based ledgers. We believe Hedera could help provide an interesting way to enhance and simplify the deployment of Hyperledger Fabric in the enterprise, making it easier for groups to build and grow their networks.”

All members of the Hedera Governing Council have equal say in:

Council members serve a maximum of two consecutive three-year terms and act as stewards of the platform.

The addition of  IBM and Tata Communications expands the Council’s diversity; it now includes leading enterprises from the telecommunications, technology, financial services, law and retail sectors – though it is not clear from the Hedera.com web site how many of the 39 mentioned above have joined up. Deutsche Telekom, DLA Piper, Megalu, Swirlds and Swisscom Communications are the only ones named though, in fairness, the published minutes of one meeting also list Magazine Luiza and Nomura.

Ankur Jindal, Global Head of Corporate Venturing and Innovation at Tata Communications, a global digital infrastructure provider, said, “Innovations such as DLT, AI, and IoT change the way organizations and people interact with each other and with the world. These emerging technologies can be harnessed to strengthen our efforts to improve operational efficiencies and enable our customers’ digital transformation worldwide. We look forward to engaging with other forward-looking businesses on the Hedera Hashgraph Governing Council to help deliver the potential of DLT to the wider digital economy.”

For many Bitcoin pioneered decentralised infrastructure based on blockchain, while Ethereum brought programmability. But many early proof-of-work blockchains – especially Bitcoin – consume massive amounts of energy and process transactions slowly in order to achieve acceptable levels of security. Heavy bandwidth consumption by these technologies has to have expensive fees, even for a simple cryptocurrency transaction.

The Hedera proof-of-stake public network is powered by hashgraph consensus. The hashgraph is Byzantine Fault Tolerant (BFT) by the strongest definition – asynchronous BFT (AFT). This achieves the highest-grade of security possible (ABFT), with:

By combining high-throughput, low fees, and instant finality, Hedera wishes to lead the way for the future of public ledgers. When it comes to consensus, the network will expand to millions of nodes, all of which vote on distributed consensus. To do this, Hedera has Permissionless Consensus (or Open Consensus) with a closed Governance Model. This separation – of governance from consensus:

The hashgraph data structure and consensus algorithm provides a best-in-class, unmatched combination of performance and security. Together the Hedera platform and Governance Council aim to provide:

Mance Harmon, CEO of Hedera Hashgraph, said, “The addition of IBM and Tata Communications to the Hedera Governing Council is a powerful endorsement of the hashgraph consensus mechanism, and further decentralizes the governance of Hedera Hashgraph. Our governance model, which includes a robust system of checks and balances, ensures power can’t be consolidated, while at the same time providing a stable and scalable platform on which developers can build. Distributed ledger technology is vital to the future of digital trust and commerce.”

On first inspection the open approach to governance which Hedera Hashgraph is adopting makes sense. By bringing in multiple external large organisations, each with different technical and industry expertise, this must increase the chances of success. The one caveat might be that what large organisations need dominates to such a degree as to make the codebase less attractive for smaller enterprises.

A different puzzle, at least to Enterprise Times, is IBM’s involvement. From Dr Cuomo’s words it almost seems as if IBM is fishing for technical improvements to Hyperledger Fabric (which is not necessarily bad). But what is in it for Hedera Hashgraph, and indeed for many of the others on the Governing Council?

Finally, Hedera Hashgraph joins an ever longer list of those seeking high performance blockchain, including (among others) EduHash,  Bitconch, GoChain, Constellation, #Metahash, Trustchain, Todo-Algorand, and more. The one seemingly common aspect to these is that they launch and disappear, or go invisible again. Clearly Hedera Hashgraph hopes to avoid this: