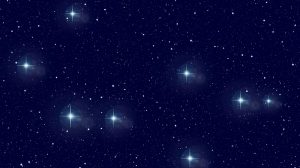 Constellation has announced its emergence from stealth mode with a horizontally scalable protocol that it claims is at least 1000x faster than Bitcoin or Ethereum.

Constellation CEO Brendan Playford said: “Bitcoin’s Proof-of-Work and Ethereum’s Proof-of-Stake have proven to be too centralized, plutocratic, and slow to be truly useful for real-world applications such as a global decentralized bank that is available on any mobile device.

“By using the Java Virtual Machine (JVM), Constellation will unshackle developers from the limitations of current protocols, allowing businesses and consumers to finally realize the unexplored potential of distributed applications using its microservice application chain interfaces (ACIs). The technology is undoubtedly becoming essential for success in many industries, and I’m confident that Constellation’s uniquely scalable solution will be the pathway to mass market adoption.”

Constellation and its blockchain

An incentivized community portal enters a rewards-based ecosystem in which non-technical users can develop distributed applications.

The Constellation blockchain claims to be resource-efficient. Transaction throughput increases as more users join the network. The HyloChain architecture enables individuals to contribute to the overall speed and efficiency of the blockchain with unused computing power which can come from:

In this type of network each member of the network keeps track of its neighbors. When it (a member) receives new messages, it propagates that message to all of its neighbors in turn. According to Constellation this has some interesting mathematical properties.

In its case, it allows for a large pool of connected devices to share the state of the network and achieve consensus at a scale unheard of on current blockchain implementations. Constellation provides the following performance comparison:

In contrast to existing consensus mechanisms (like those in Bitcoin or Ethereum), Proof-of-Meme exploits reputation and rewards benevolent actors, so-called ‘memes’. A node possesses an overall reputation within the system. As a node develops a positive reputation over time, it become more likely for selection to validate transactions on the network. The reward comes in Constellation Tokens.

Proof-of-Meme exploits a machine learning reputation algorithm to determine a node’s reputation and probability that it will be chosen. Constellation will use, and reward users, in its Tokens.

Constellation CTO Wyatt Meldman-Floch said: “The Constellation Hylochain architecture allows for large networks to communicate total network state at a scale exponentially higher than existing blockchain technology. This enables a large pool of connected devices to share the state of the network and achieve consensus at an unbounded scale that is currently unheard of.”

Current blockchain technologies underpinning Bitcoin, Ethereum, and others – at least for Constellation – have systemic synchronous limitations. For Constellation, these render such approaches unsuitable for mass adoption into the current technical architecture of distributed consumer applications. In effect, current consensus mechanisms and smart contract architectures cannot scale to a level required for consumer grade applications to function.

Instead, what Constellation has announced is what it says is a “fault resistant, horizontally scalable, distributed operating system” which  can implement full nodes in devices as small as a mobile client. The result is what Consensus refers to as “a reformulation of cryptographically secure consensus into a modern server-less architecture using an asynchronous ExtendedTrustChain, Proof-of-Meme consensus model”.

To Enterprise Times (ET) this sounds like a major step forward, at least when measured in transactions per second. That said, the impact on participating devices remains unclear: will you find your phone or laptop is too busy to make a call or complete a spreadsheet even if it is earning you Constellation Tokens?

The value of those Tokens provides another uncertainty. From what ET can discern, scalability depends on a large number of participating nodes. Will the Token proposition be sufficient to attract enough ‘devices’ to make the Constellation approach work? With many other questions to answer, this is a classic case where enterprises should monitor progress.