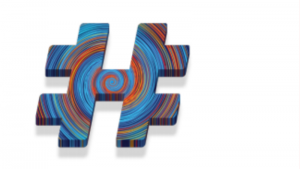 #MetaHash, which describes itself as a blockchain-based digital asset exchange network and decentralised real-time application platform, has launched its #TraceChain protocol and #MetaGate browser. #MetaHash claims to have designed its network to address many of the performance issues currently plaguing blockchain adoption, including partial centralisation, high fees and slow transaction speeds.

These are interesting claims around performance. #MetaHash says that it is handling 5 billion transactions per day. That equates to around 57,900 transactions per second (TPS). This is far higher than other cryptocurrency networks. It is also higher than any speed claimed by closed, permissive blockchains.

#MetaHash has made its browser free to download. This allows developers and other interested parties to experiment with the network. It can be run on Windows, OS X and Unix – with iOS and Android planned for later this year. The trial expects to run through Q2 2018 and will average more than 200 temporary servers spread across the world. Token owner nodes will replace these once the network is fully functional.

According to #MetaHash, the way this works is as follows:

The #MetaHash vision sees blockchain interoperability as the future of the distributed web. #MetaHash bases its solution on Blockchain 4.0 (for Enterprise Times this, so far, means little more than marketing), which allows networks to interact and integrate with each other.

The components of the #MetaHash system comprise:

To finalize the voting procedure, 67% of nodes in each of their possible roles must validate a transaction. The use of multi-consensus rules out the possibility of gaining control over the network even with a concentration of more than 67% #MHC on one hand or gaining full control over a network’s part. In addition, the PoS multi-consensus regards every network member as important – not only the owners of the largest share of resources.

The #MetaHash platform exploits the #TraceChain protocol. #MetaHash believes this offers “speed, security and decentralisation with the lowest price per transaction in the history of blockchain”.

Perhaps as significant is that #MetaHash has adopted blockchain interoperability. Enabling networks to interact and integrate with each other will be a key ingredient.

There is no doubt that enterprises are seeking solutions like that described by #MetaHash. The proof of this pudding will lie in the eating (for example, the same is true for Todo-Algorand and Zilliqa, about which little has been heard to prove their claims since their launches).