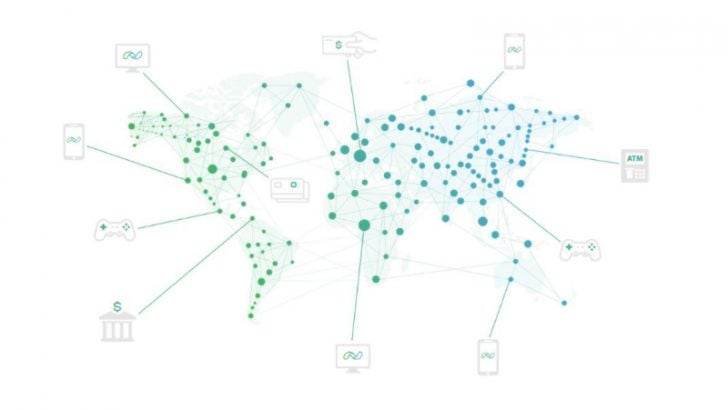 Blockchain throughput is, arguably, the dagger hanging over widespread blockchain adoption. There are two fundamental and interrelated problems. A blockchain’s size and its ability to transact (to register additional transactions which ad to the blockchain size. After all a blockchain is the immutable record of all transactions. It cannot shrink to order.

To ‘picture’ this, think that:

So claims that blockchain scalability is ‘a problem solved’ are welcome. In addition to Toda-Algorand, now come Billon and Zilliqa.

Billon – from Warzaw, Poland – claims to set an industry-standard benchmark for blockchain scalability, and comparable to mainstream global card processing systems. It says it has proved its scalable software can process British pounds or other currency payments at throughput rates of 130M tps million per day (not quite up to Visa’s presumed peak rate, if sustained of, almost 4.8B tps).

Nevertheless, the test benchmark, set by Billon’s proprietary multi-channel distributed ledger system, confirms that Billon can process and maintain massively parallel payments on both a national and global scale. It achieved this as part of the first stage of a series of planned tests Billon is carrying out on an (unnamed) cloud platform.

Billon’s DLT (Distributed Ledger Technology), developed over five years, offers a “next generation architecture capable of processing real currency without the use of miners or third party exchanges.” Its scalability benchmark, achieved under industry-standard ‘black-box’ test conditions, claims to demonstrate that its system can provide a credible alternative to the likes of Visa and MasterCard.

Andrzej Horoszczak, Founder and CEO of Billon, explained, “We are pleased that these results validate the hard work of our team of world class engineers, especially as our benchmark test was conducted on a global cloud network. This is the exact same production code that has been deployed in places like the United Kingdom. In the next stages, we will be able to add more nodes to achieve even faster throughput.”

Billon is not shy about its claims. It says it “has ripped up the rule book with a lightweight architecture that directly processes Blockchain transactions on smartphones, tablets, computers or servers. Any company or user joining the network forms a node, with a bank owning the user and providing governance. The result is a platform capable of processing real currency in a faster, highly scalable and more cost-effective way than any alternative approach.”

Billon has begun licensing its technology and solutions to corporates and financial services institutions through its:

Zilliqa is another to claim it has the potential to achieve transaction rates that rival VISA and MasterCard. Earlier in 2017 Zilliqa unveiled its: “new, high transaction rate, scalable blockchain”. After two years of development – led by researchers at the National University of Singapore – Zilliqa has successfully trialled its ‘sharding’ blockchain platform on a multi-node test net of Amazon Web Services nodes. It says it achieved a transaction rate of almost 1,400 tps and plans to release their source code and public test net for developers by the end of the year.

The Zilliqa blockchain exploits a Secure Sharding protocol originally proposed by a research team that included Loi Luu and Prateek Saxena back in 2015. Zilliqa proposes a new approach to blockchain, based on a sharding protocol which allows for a high-throughput platform designed to securely scale in an open, permission-less distributed network.

Zilliqa’s proposed new blockchain platform solves these issues using sharding deployed as an open and permission-less blockchain at scale. The underlying idea is to automate the splitting up of a large network of machines processing transactions into parallel sub-committees or “shards”. Each shard processes its own microblock in parallel with other shards. The resulting micro-blocks merge into one final one. (Zilliqa does not rely on Proof-of-Work (PoW) for consensus and only leverages it to establish mining identities. PoW is performed only at larger intervals, not by every miner on every block. It should have a much smaller energy footprint.)

Although the high-level idea of sharding appears not difficult to understand, ensuring a secure and unbiased process of sharding is challenging. Zilliqa believes it has developed a: “mechanism dynamically to elect and update a special committee of machines to ensure such properties”. Using this approach, with a network size of 10,000 nodes (less than half of Ethereum), Zilliqa believes it can enable a throughput which matches that of VISA and MasterCard, with much lower fees for merchants.

Zilliqa, Billon, toda-Algorand and (no doubt) numerous others share the objective of address the problem facing public blockchain platforms: scalability. The ability to handle a larger number of transactions per second as a blockchain network grows is one of the biggest problems facing existing blockchain platforms, as evidenced by the often cited example of only 7–10 tps available in Bitcoin and Ethereum. This is a worthy aim.

Whether any of these solutions can spin up, and obtain customer support, fast enough to compete with a Visa or Mastercard is a quite different matter. Already Visa, Mastercard and AmEx have their own (B2B) initiatives in advanced progress.

What may yet determine success, however, may depend:

Visa, Mastercard, Amex and SWIFT-type ‘networks’ are by their nature private. The data belongs to these entities, not to those who use their capabilities. There is a tension which will need resolving – between private and transparent. This cannot be solved until blockchain scalability issues resolve which will then spotlight this tension between throughput and transparency.