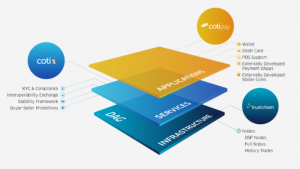 COTI has launched the Trustchain protocol. This claims to provide an end-to-end solution for enterprises, merchants, developers of payment apps and stable coin issuers and to address the classic problems of blockchain, namely scalability and transaction costs. (It also introduces new features specific to payments and stable coins, such as a stability framework and charge-back transactions.)

Shahaf Bar-Geffen, CEO of COTI, said: “Development of payment applications and stable coins is limited today due to the use of unsuitable blockchain. We are launching the world’s first protocol that is actually optimized for payments and stable coins, with a belief that developers and enterprises will build groundbreaking applications on our platform. Early traction proves that we have built a platform that is in real need.

“For cryptocurrencies to reach their true potential, they must become a cheaper, quicker and easier means of payment than they are currently. Unfortunately, any blockchains that rely on confirmations from miners will never be truly scalable. We need a system such as COTI that reevaluates the structure of blockchains. At COTI, we’ve not only built a digital currency, but an entire digital ecosystem based on an improved protocol.  (In effect) COTI is doing for payment apps and stable coins what Ethereum did for dApps. This will set the standard for next-generation payment solutions and stable coins that is safe, easy to use, instant and cost-effective.”

COTI says it has solved several major problems holding back the scalability of current cryptocurrencies and stable coins:

If COTI’s solution works as described it will be relevant to industries with combined turnovers estimated in the trillions of US$. Networks built on the Trustchain will be able to process tens of thousands of transactions per second (TPS).

This would stand in stark contrast to current blockchain solutions. The majority process only a few transactions per seconds and with a high cost per transaction.

COTI says it has already signed up:

Speed, energy/cost and the Trustnet alternative

Cryptocurrencies, such as Bitcoin, use blockchains which require confirmation of each transaction via solving difficult maths problems. Transactions necessarily:

As a result, Bitcoin operations process around 2 TPS. In addition, such slow processing creates a dangerous and potentially unfair concentration where a few dedicated mining farms solve most bitcoin blocks and earn most Bitcoin rewards.

COTI has architected a new blockchain based on DAG (Directed Acyclic Graph) data structure. It calls this Trustchain. DAG is block-less blockchains. There are no miners or blocks.

Each new transaction validates two previous transactions being added to the ledger. In COTI’s Trustchain, with no miners or blocks, this enables near real-time and low-cost crediting of funds to another party’s wallet. Unlike Bitcoin, COTI is able to process tens of thousands TPS.

Not only that, as decribed above, removing miners on the Trustchain:

On COTI’s Trustchain protocol, each participant receives a trust score to predict that participant’s trustworthiness on the network. Participants who consistently receive minimal or no complaints for their activity receive the higher positive scores. As a reward participants:

With such an incentive system in place, this encourages participants to conduct trustful and trustworthy transactions. Those who do not will pay increased fees.

Current blockchain-based payments can be untrustworthy (due to the fact that they are irreversible), because there is no buyer-seller protection in place to guarantee sellers will deliver on promises – once payment has been transferred. However, COTI replaces fiat’s lengthy and blockchain’s non-existent dispute resolution processes with a transparent and decentralised process.

Disputes resolve through a real jury of peers made up of COTI users, who are rewarded in COTI coins. In effect COTI’s approach to mediation involves harnessing an independent network of crowdsourced mediators to solve disputes fairly and efficiently.

Where most blockchain platforms today optimise for dApps – and not for payments – Trustnet claims to be different – because it:

For Enterprise Times this (Trustchain) is by no means the first high-performance – as  measured in TPS – blockchain platform. Others include: #MetaHash, Todo-Algorand and Zilliqa.  None are proven in a commercial enterprise environment, at least to Enterprise Times.