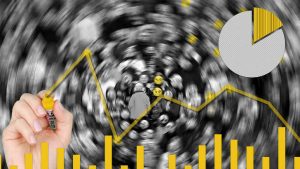 Longview has announced that its Spring 19 release is now generally available. The release sees updates to four of its modules: Analytics, Plan (Tidemark), Tax as well as Close and Plan.

Wayne Stevens, Chief Product Officer at Longview commented: “Our focus in this release was to provide a holistic Connected Finance experience to our users. By incorporating and enhancing capabilities from all our solutions, we’re improving agility for the office of the CFO.”

Longview has improved several areas of the Analytics product and highlighted three in its summary release notes:

It also announced a preview version for early adopters of Longview Analytics Self Service. This is due to become generally available in the Fall 2019 release. It will be available for all Longview users including Analytics, Plan, Close and Tax. There is support for ad-hoc queries and a visualisation library that include D3 charts and Google Maps integration.

One of the major changes with this release is that Plan now has the same look and feel as the rest of the portfolio with an updated user experience. There is a new add in for Office, that allows integration into Excel and support for Longview formula. This enables users familiar with Excel to bring increase the flexibility and power of their familiar tool. There is also increased support for metric expressions, with better visibility of interrelations between different interlinked calculations.

Other improvements include optimisations for Microsoft Explorer, additional localisations for number formatting and improved support for Snaplogic. in some ways this sees the completion of the 2017 acquisition of Tidemark with the look and feel of that application now gone.

The financial close software improvements are mainly focused on improvements to the intercompany analysis. The intercompany matching report is replaced by a new intercompany analysis app. This new app enables greater interaction by users including the ability to sort, filter, group and save preferences for those settings. Users can view in a summary or detailed mode. Additionally, there is support for drill down. Users can also quickly extract the data to Excel for further analysis.

Hierarchical views are now supported in trial balances. There is better user administration with improvements to the setup of users and groups. French users get enhanced support with the availability in French for the Longview Add-in for Office and Longview Performance Manager. Several performance enhancements were rolled out and there is now support for the following platforms:

Four improvements are highlighted with this release:

Longview continues to work on bringing its product suite into a single holistic solution. The work to deliver a common look and feel is virtually complete. While this could be viewed as a maintenance release with no major updates it is also preparation for future major changes as its it is honing the software for the next major update.