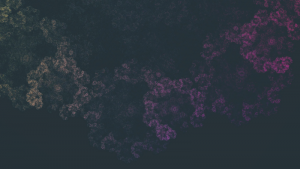 Enterprise blockchain platform Insolar has launched its testnet. Its purpose is to validate its claimed throughput of 10,000+ transactions per second (tps), more than blockchain competitors Ripple (1,000 tps) and Bitcoin (7 tps) though way less than traditional payment networks like VISA (>24,000 tps). Somewhat bizarrely it will subsequently publish its platform technical white paper describing the platform’s goals, key features and core technologies (normally this would occur the other way around).

Among storage nodes, there are two further divisions:

Virtual nodes handle computing and transactions. Unlike most other blockchain platforms, these tasks do not occur simultaneously. Instead, there is delegation of each smart contract to a single node. Within virtual nodes there are also:

The Insolar protocol applies numerous consensus algorithms, based primarily on BFT (Byzantine Fault Tolerance). The result, according to Insolar, is robust scaleability.

Insolar’s testnet arrives some two months after the company unveiled itself to the public. Its claimed speed is attributable to a ‘revolutionary architecture’ which:

In addition to its speed, Insolar says its architecture:

Insolar believes it has a “4th generation architecture”, which:

Besides its platform, Insolar offers services like blockchain consulting and product development. These assist enterprises move from proof-of-concept through to production.

As Enterprise Times has commented before, high tps blockchain solutions are a form of holy grail for enterprise acceptance. Until hard proofs are apparent, Enterprise Times is happy to assess the possibilities, albeit tinged with a dose of scepticism – until the claimants prove they can deliver in real business circumstances.