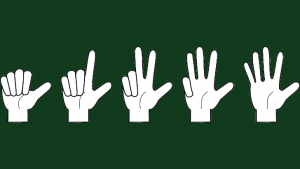 The Linux Foundation’s first European Open Network Summit (ONS) was held in Amsterdam in late September 2018. It was an event where acronyms dripped from almost every presentation. Penetrating this thicket was a challenge for even the hardiest professional.

Across the event there was much to learn. I came away with five specific impressions:

5G’s focus on edge computing may change IT

The promise of 5G seems infinite. It does not, however seem close (despite Verizon and AT&T starting modest implementations in the US from early October 2018). The more one listened to both presenters and attendees the clearer it became there is much yet to agree and finalise. Then comes design and implementation before operations can begin.

Instead another facet stuck out. Just as blockchain threatens to do to trade finance and supply chains (and possibly financial services more broadly), so 5G is forcing telecom operators, IT vendors and suppliers to reassess their existing approaches to computing, networking and infrastructure. The mover and shaker is ‘edge’ computing.

At its simplest, 5G requires many aerials. Unfortunately,  the signal from them is too easily discombobulated by rain, snow and other atmospheric effects. Remember: 2G had a range of 30Km+ in ideal conditions. For 5G, distances may measure only in tens or hundreds of metres between the ‘user’ device to the 5G transceiver. In addition, the services and applications we are likely to use may require latencies of 5 to20ms depending on how you approach the problem.

To satisfy 5G’soperational requirements will mean many edge servers. These can vary, in China Mobile’s case:

Even the smallest is likely to need a 5u rack-in-a-box for all the processing (Xeons, if Intel gets its way), power and connectivity. In China Mobile’s case it has some 60K central offices. It was not clear how many edge servers it will need – suffice to say: a lot. It will be the same for other telecom operators.

On these edge servers there will be complex interacting software – VMs, containers, orchestration, switching and more (perhaps even content). Edge servers are not Intel NUC microcomputers. They need to be capable to provide 5G.  Managing such huge distributed networks will not be easy either.

The focus on virtualisation containerisation and orchestration was impressive. Currently these tend to be separate, however, all three are coming together, though quite how, has yet to be resolved. Debates as to how to combine these, and how to move from existing virtualised systems, were much in evidence. There are a number of challenges to overcome. Containerisation and orchestration are comparatively new and many within operations are still adjusting to the realisation that distributed or networked containers are an order of magnitude more complex than expected.

There is much work to do: less at the technology level, more at the deployment and management levels. One confirming positive is that vendors are supporting ONAP (Open Network Automation Platform) – a user driven initiative.

Workforce Adjustment – whether within IT, networking or Telecoms – will be hard

The importance of this was emphasised, and illustrated, by Axel Clauberg of Deutsche Telekom. He discussed how, in 2012, the impetus started to move to virtualisation for the network. But people were not ready, either within the Telecom operators or their vendors. As he put it, without sustained pressures, people reverted to what was familiar.

AT&T and China Mobile may be furthest forward, but even they are finding the ‘reshaping of people’s understanding for future networking hard – because it is not familiar. In addition, relevant skills are in short supply, especially open source software skills.

Many will argue that telecom operators always bleat  about change and how they are hard done by – too much regulation, not enough freedom, too many would be competitors, tech companies, etc. This, unfortunately, has always been the way and perhaps, on might cynically add, a part of their heritage from once being part of a government delivered service.

While not quite subscribing to the view telecom operators ‘innovate in the least rewarding areas’, it is clear that they must partner and cooperate.  A good point was made that 5G will cost much more if there is not cooperation.

The clear reality from this ONS event was telecom operators must adjust, and many seem to be doing that – even though it is painful.

Blockchain may have its place

Blockchain made its entrance, as a possible way to simplify contracts between telcos, and even customers. The objective would be to reduce paperwork and bureaucracy as well as reduce fraud.

While more direction is clearly required, however, in Dr Mulligan’s view, networking companies can improve revenues via blockchain.

ONS was attended by more people than the Linux Foundation expected. The technical quality of presenters and attendees was impressive. But the abiding impression left was ‘real 5G’ is not imminent. For ‘real 5G’ to work, the telecom operators and their vendors must adjust to an edge paradigm that even now is not clear. Yet it was also apparent that, if the complexity of edge serving can be solved we will be in a different IT, networking, telecoms and customer world. Imagine, the potential for a micro-edge in every home and business?