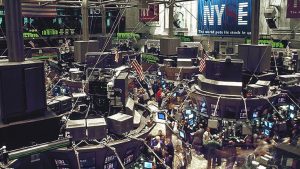 JPMorgan Chase has upped the ante when it comes to staff training and requirements. According to the Financial Times (pay wall), the banking giant is putting all its new investment bankers and managers through code school. They are expected to learn and become proficient in using coding language Python. The bank has so far trained around a third of its analysts and staff.

There are very good reasons for JPMorgan to do this. The complexity of data analysis carried out by financial analysts means they have to do more of the work themselves. They can no longer rely on a bunch of spreadsheets and some help from a business analyst or data scientist. Instead they need to get down and dirty with the data if they are to find the edge required to make money.

In its coverage the FT says Mary Callahan Erdoes, head of JPMorgan Asset Management, told it: “Coding is not for just tech people, it is for anyone who wants to run a competitive company in the 21st century.”

Erdoes continued saying: “By better understanding coding, our business teams can speak the same language as our technology teams, which ultimately drives better tools and solutions for our clients.”

We’ve been here before

The concept of end-user coding has challenged IT departments since the early 1990’s. Today, the idea of no-code and low-code environments is that users should be able to assemble applications to do their job quickly. This is realisation of the original object orientated coding goals from the late 1980’s. Back then the idea was that a few skilled developers would create objects and everyone else would snap them together like Lego. Thirty years on we are still struggling with the widespread acceptance of this.

What are the challenges of making this work?

There are a number of key challenges here:

The answer to the last of these challenges is yes and yes. The bank has outlined other languages and tools that staff will be trained on. It also intends to expand training to many junior members of staff although the likelihood of everyone becoming a developer, especially given the security, stability and scalability issues above is small.

What does this mean for training resources?

This is probably the most interesting question here. Will JPMorgan create an internal training division capable of training large numbers of staff or will it look outside? Having its own staff deliver the training means it can look at real world issues and ensure that the code and training are focused. However, the downside of this is keeping their skills up to date as the number of staff to be trained would keep a small training company busy for years.

Looking outside brings in new ideas and skills. It also brings in risk. Can staff talk freely with the trainers about the problems they are trying to solve? What sort of non-disclosure arrangements and contracts will be needed to protect staff, trainers and JPMorgan itself.

This exposes a wider training challenge. Companies often baulk at training staff in the most basic of office productivity tools. They are certainly failing when it comes to beginner cyber security training. One of the issues with the latter is that it needs to be a continual training cycle not just a one-off. Many organisations seem to struggle with the concept apparently believing that staff should ‘get it’ once they’ve been on a course.

There are not enough competent software coding trainers to begin to meet demand if this is copied by other companies. It risks the same problem as we saw in the late 1980’s, 1990’s and 2000’s. A lot of “trainers” with paper thin experience often working outside their sphere of competency.

Does that mean it shouldn’t be done? Far from it. A return to the in-house training teams would boost a lot of organisations. In addition to classroom-based training they can do floor walking. This allows them to sit with users post courses and help with real world problems.

Why is JPMorgan not using AI to solve the problem?

The rise of the virtual assistant to help users such as sales teams might suggest there is an alternative to training analysts. However, many of the virtual assistants are not AI at all. Some are capable of mining information on what a user does, learning their common tasks and then automating them. At the other end of the scale are those that are barely more than just a set of macros or scripts.

What JPMorgan and other banks are doing is initially a better bet than trying massively overhyped technology. They are using the analysts as subject matter experts to deliver their own code. This is a quick way of encapsulating knowledge in the software. The next step should be to feed that code to machine learning and/or AI systems. This will allow those engines to look at how the code works, speed it up and deliver even more benefits.

Will that result in the AI/ML systems then delivering new code? Quite possibly but not in the short-term. That is likely to be a medium-term goal as the technology stabilises. There is a stark difference between being cutting edge and jumping off a cliff with no parachute.

Among the responses we received were:

Jayakumar Venkataraman, Financial Services Practice Head at Infosys Consulting who commented: “Every business leader should celebrate JP Morgan for making coding training mandatory for new asset management hires. Asking your asset managers to learn coding is a bold move – but boldness is much-needed and all too often avoided in pursuit of digital transformation. Training and developing these core technical skills is a major investment in the future of the company, enabling employees to lead major technological change across an organisation in a way that makes sense for the business.

“Using technology to re-imagine services, customer experience, and business strategy is what makes a business stand out and continue to thrive. Rather than keeping IT and business functions siloed, training asset managers to code brings technology together with strategy in a way that sets JP Morgan apart from the crowd.”

Charles Senabulya, Vice President & Country Manager, SAS UK & Ireland comments: “JP Morgan’s announcement reinforces the call from across the technology industry to put more time and effort into ensuring young people learn computer science skills from an early age. While the company is focusing on upskilling current staff, for the next generation to succeed, it is crucial that IT skills are taught at all education levels. These skills will help the future workforce to secure a career during the fourth industrial revolution, which will be increasingly driven by digitalisation and the need to exploit data through technology.

“An enthusiasm for technology skills at an early age is a great starting point, but, as many companies such as JP Morgan recognise, we must ensure that we foster the right environment so the workforce can flourish throughout their careers. Lifelong tech learning is going to be essential to safeguard the UK’s competitive edge on the global stage.While tech companies are one of the biggest employers, preparing the future generation should be a top priority for all business sectors, government and the education sector.”

For those who’ve run support desks and IT security teams, this will cause more than a little worry. The risk of poor and even insecure code inside a sensitive part of the business is a nightmare. They will want to be reassured that the code is ring-fenced and won’t affect the wider operations of the business.

It should also come as no surprise that JPMorgan is doing this. It has an annual technology spend in excess of $10 billion. This is not just more than its competitors but more than many technology companies. The question for shareholders will be what is the return on this investment? Will it reduce that overall tech spend? Will it increase it? Will it increase the profits and if so, by how much?

It will take time for all of these to become clear. Once they do, this may turn out to be one of the smartest ever business moves in modern history.