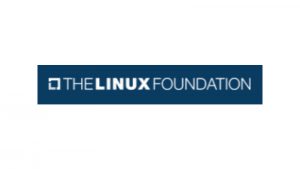 “We are delighted to celebrate the growth and momentum of LFN and its key projects,” said Arpit Joshipura, General Manager of Networking at Linux Foundation. “The open networking stack is taking shape as LFN projects collaboratively enhance cross-community integration, ease deployments and bring cohesion to the ecosystem. As we look ahead to next-gen network requirements, continuing to harmonize remains a top priority to further enable businesses across industries to maximize their open source deployments.”

Since its formation in January 2018, LFN has sought to unite vendors, operators, service providers and users to work towards a common goal: redefining how networks are created in order to deliver a new generation of services. LFN’s (now) 100+ member organisations:

The growth and expansion – in both breadth and depth – of compliance and verification is a key focus area for LFN. Launched earlier this year with a focus on infrastructure software at the NFVI/VIM layer, the OPNFV Verified Program (OVP) has issued its second test suite release. This brings more extensive testing capabilities.

The compliance program aims to demonstrate readiness and availability of commercial NFV products. it has already verified products from:

Since its launch, the number of mandatory tests has doubled – from 215 to 443. The additions call for verified products to complete functional, security, high-availability and VNF interoperability-focused tests.

OPNFV and ONAP are also collaborating to extend the scope of the program to include VNF verification. With an initial focus on VNF packaging requirements – and a vision to improve VNF on-boarding, ongoing-management, and performance – the VNF compliance program expects to launch in early 2019. The program is also in process of scaling testing support through work on building a third-party lab ecosystem.

LFN’s projects continue their new platform releases and deployments, including:

About The Linux Foundation

The Linux Foundation is the organization owhere developers and companies build ecosystems which accelerate open technology development and industry adoption. Together with the worldwide open source community, it seeks to solve the hardest technology problems by creating shared technology investment.

Founded in 2000, The Linux Foundation today provides tools, training and events to scale any open source project, which together deliver an economic impact not achievable by any one company.

At the ONS event in Amsterdam it is clear that networking and telcos are ‘coming together’ much more than before. There is a mutual realisation that all can benefit. LF Networking is facilitating progress, as the brief summary (above) of the deployments describes.

What is also clear is the size of the multiple challenges. They reach far beyond traditional IT thinking and may represent the first signs of a fundamental change in the computing model, perhaps twice as significant as the move from centralised to client/server some two decades ago. Enterprise Times will be revisiting this as the implication sink in.