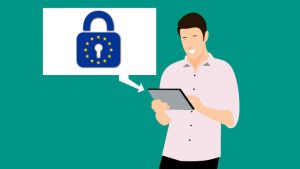 Ransomware, misinformation campaigns and attacks on critical infrastructure are the cyberthreats getting the most focus today. The attention is fitting. NotPetya ran up a world-wide damage bill of $10 billion. Daily, Facebook reports the detection and removal of accounts linked to foreign-influence campaigns. It is widely believed that attackers have infiltrated electric grids. None of these concerns should cause us to lose focus on one of the root causes of all security incidents and data breaches — negligent insiders.

While the total dollar amount of all damages caused by negligent insiders isn’t fully known. In addition to the aforementioned NotPetya sum, several estimates say that negligent insider cases are costing public and private sector organizations up to $283,000 per occurrence, annually.

Examples of Damages Caused by Negligent Insider Threats
Negligent insiders put their organizations at risk by making errors. They respond to phishing emails, visit risky websites, and store and share data without any controls. There are several recent examples of security incidents caused in whole or in part by negligent insider behaviors:

How to Mitigate the Problem

The damage from the negligent insider threat is real. Organisations need to develop mitigation strategies to lower the risk. Here are four steps they can take:

Dtex Systems is a leader in user behavior intelligence used by Global 2000 companies to turn employees into trusted insiders and to detect insider threats. The Dtex Systems Advanced User Behavior Intelligence Platform provides customers with complete visibility over user behaviors and activities taking place on endpoints that are on and off the network. The Dtex lightweight endpoint metadata collectors are highly scalable, easy to deploy, require no maintenance, and have near-zero impact on endpoint and user performance. Dtex filters out all non-essential “noise” to create a high-fidelity data stream that indicates exactly when risky activities and behaviors are taking place. Machine learning and advanced analytics are applied to the data at the server to convert it into user behavior intelligence that provides accurate alerts and road maps showing where insider threats exist. Patented anonymization capabilities, privacy-by-design architecture and  meta data collection protects user privacy and helps customers to comply with the GDPR and other privacy regulations.