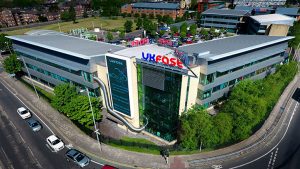 Hosting company UKFast has engaged GCA Altium to look at the possibility of an IPO. At the beginning of June, the company reported an 18% organic increase in revenue for 2017. Its has also announced a new business unit, ClearCloud.

The growth in UKFast is impressive. It has reported:

While these numbers are impressive, UKFast is a privately owned business. That means it does not have to make its accounts public.

Founder and CEO Lawrence Jones MBE said: “We place huge focus on innovation and it’s clearly paying off. Not only within the applications we’ve built to run the business like the telephone system, launch platforms and CRM software, but also the range of innovative products we’re launching.

“eCloud has grown at such an amazing rate because users are realising the benefits of the level of automation we’ve built into the platform and they’re expanding their solutions. We’re continuing this focus on innovation and expanding our R&D team even further, rather than resting on our laurels.”

That’s a good question. It was one that Enterprise Times wanted to ask but received no response to its request. Presumably Jones is keeping detail for his own technology publication.

Going for an IPO seems a risk as it will bring in other people who may have different ideas for the company. An alternative would be to bring in another investor. The success of UKFast and Jones’ other businesses would suggest that route shouldn’t be a problem. However, all depends on how much UKFast is looking for and why.

Jones’ statement above suggest that this is about R&D. But an IPO just to raise money for R&D makes little sense.

The growth of the business could mean it needs more capacity. The money could be for new premises for its hosting and cloud services. Last year it spent £2.3 million upgrading its data centre. This year it announced that it has doubled the size of its campus HQ in Manchester. Is this IPO about raising the funds for a new campus, perhaps in the South of England.

Another possibility, and one that would fit well with its existing business, would be to become a Managed Security Services Provider (MSSP). It is also possible that UKFast is looking to expand its cyber security offerings. There is a lot of money to be made in cloud-based cyber security services. Jones already owns cybersecurity company Secarma and expanding that into services inside UKFast makes sense.

Given Jones’ interest in apprenticeships, he may also choose to spend some of this money on expanding this programme.

Tech IPO valuations are still recovering from a dire 2016. Last year showed some recovery in values but 2018 has, so far, seen a much stronger market. The first three months of 2018 saw double the number of tech IPOs as the same period in 2017. It could be that Jones sees a chance to cash in before markets turn bearish next year.

Whatever happens, UKFast is one of the UK tech success stories and a key player in the Manchester tech scene.