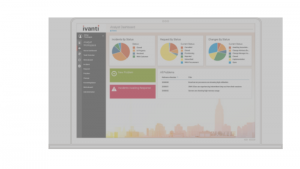 Steve Daly, Ivanti’s President and CEO and in Madrid for Interchange18, discussed with Enterprise Times some of his prime foci for the future along with his reasoning. Mr Daly has 20+ years of experience in software and hardware, including at Intel.

Since re-joining LANdesk (what is now called Ivanti) in 2007, he has delivered 10 years of growth.

Ivanti is a global software company, headquartered in Salt Lake City Utah, formed in January 2017 with the merger of LANdesk and HEAT Software (with multiple acquisitions since). It produces software for IT security, IT Service Management, IT Asset Management, IT Systems Management as well as supply chain management.

In the discussion with Enterprise Times he addressed the following points:

Unified IT, once delivered, is the means to dissolve silos which exist within the business. For years, for almost all the time that IT has existed, the technical elements of the business have possessed divided specialisations and responsibilities for the likes of servers, storage, desktops, communications, security, mobile and more.

In the view of Mr Daly this is not sustainable. “A key part of enabling the digital transformation of the business may lie in upgrading legacy systems, but this transformation, and the continued maintenance of the digital workplace, cannot take place without unified IT.”

His reasoning is simple. When users (of IT) have too many touch points they stop ‘touching’ IT because choosing which part to contact is too complex. In some organisations, this has also turned IT into the “department of ‘no’”. This has led to end users starting to solve problems independently, without going through IT, which creates security risks and a lack of visibility for IT. Whether buying desktops, building apps for mobiles or subscribing to cloud-based resources, all of these can create shadow IT which presents significant security and operational risks.

Shadow IT shouldn’t exist in an enterprise that has unified IT. This is because if IT and Security teams are working together, IT will proactively be able to give users what they need in order for them to do their jobs to the best of their ability. Also, the enhanced visibility that unified IT brings means that fewer incidents and unauthorised activities will slip through the cracks, preventing small issues from escalating into major problems.

“So, what does unified IT look like in practice? Service management teams already form the IT frontline and have fantastic visibility over endpoints, which means they are able to spot early signs of any kind of issue.

Then, defence-in-depth security can come in – this comes in the form of the tools recommended by the CIS Security Controls, including: patch management, app control, traditional AV, end user education, device control and more. Underlying all of this is that with a unified approach, both IT and Security are able to be more efficiently, without ever duplicating efforts, and thus have more time to actively improve the way that the business is run.”

IT must help the business to evolve

Mr Daly developed the unified IT point further. Vendor solutions need to stop developing products that work completely separately to everything else, and must be able to integrate into a larger unified system. The different elements of the business must change radically and drop their own inherently silo-focused approaches. He recognises this will be hard – because it involves changing customs, practices and culture.

The need is for IT to help the business think differently, to turn an enterprise’s technical teams into a positive and responsive provider of business services rather than the custodians of IT assets. To achieve this, a unified IT team will have very different goals to simply just working to deliver technology.

“IT must strive to become a trusted adviser which can deliver results combined with wisdom and advice for users and the business as a whole.” The example which Mr Daly gave is that: “IT must move beyond being a Trip Advisor (recommending where to eat out) and must move to act more like a hotel concierge, not only recommending good places but making the dinner reservation and ordering the taxi to get you there. Ivanti can assist with this, by providing the right aids and tools. But, it is also critically important to change the mindset within teams and in the business as a whole.”

IT must embrace technology

In order to enable a smooth unification of IT, technology built with this goal in mind must be deployed. This is where vendors, like Ivanti, can help. Technology must automate the basics so that teams are able to focus on proactive tasks that enhance the business. Technology must also enable the smart analysis of data which produces insights that help teams with these proactive tasks. AI and ML (machine learning) depend on the availability of huge data sets if analyses are to produce relevant (to enterprises) results and recommendations.

“With cloud-based solutions, modern vendors (including Ivanti) routinely assemble these vast data sets. It is vendors which can afford the data scientists to search for the patterns and insights and ultimately transform this insight into usable tools which are ready to deploy for their customers. The consequences of such analyses will be like gold, for both vendors (for what they can sell) and for customers (for the insights as to what should adopt). One simple example: patch management. Identifying what patches aren’t installed on the IT estate is the first step to a secure environment. In the future, enterprises should expect, demand, far deeper insights and contributions from their vendors. This is what I challenge Ivanti’s people to deliver.”

“Blockchain stands accused of solving every system problem plus curing cancer and smoking. Such a casual gathering together of all ills does blockchain no favours. Yet the technology has enormous potential, once it goes mainstream. For me, blockchain is the crowdsourcing of trust.”

The essential point made by Mr Daly is that, at least for the moment, there is a diminution of trust in many of the institutions once taken as bedrock. This includes both governments and financial institutions (and especially banks). “The 2007/8 financial crisis contributed to this diminution, with the effect that many people now see blockchain as an alternative mechanism in which to trust. This explains why so many have so much hope.”

Mr Daly believes the application, at least initially, of blockchain is likely to come in specific circumstances. Ivanti, for example, is researching blockchain applicability to:

What each of these has in common is slowness combined with transparency. Processing licence compliance or identities or supply chain transactions are not time critical (in the way that processing financial transactions are). For Mr Daly this is a key difference and one which is likely to shape blockchain adoption in the immediate future.

“Do I find Ivanti customers asking about blockchain? In general, no – other than being curious about what Ivanti thinks. They are not, so far, demanding blockchain solutions from us.”

Unified IT is an objective much sought after, by IT. Unfortunately, as Ivanti’s Mr Daly observes, IT remains riven into specialties or silos. Removing, even just reducing, these is not easy. The longer they exist, the harder it is to turn the IT-tanker. Yet the objective is valid.

His comments on blockchain are also illuminating. As so often with ‘new’ technologies there is much talk and heat. Until companies, like Ivanti, start to introduce solutions based on blockchain which, in effect, prove its utility, widespread enterprise adoption remains unlikely.