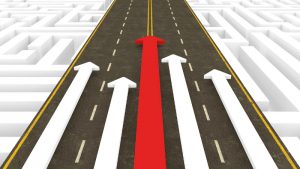 Salesforce announced its first quarter results and has already increased its revenue guidance for the full year.

This is also the first quarter that Salesforce adopted the standards ASC 606, ASC 340-40, and ASU 2016-01 which include the new revenue recognition rules. Salesforce continues to grow, Benioff called out that IDC had ranked the company the foremost CRM vendor for the fifth year running. He also cited IDC research that showed Salesforce growing faster than all the other top twenty CRM companies combined. The race is on for $20 billion revenue and Benioff believes that Salesforce will achieve that landmark in the shortest time ever.

Success on most fronts.

Keith Block, Vice Chairman, President and Chief Operating Officer went into more detail about the various product streams. Sales Cloud has grown 16%, Service cloud 29% and Marketing and Commerce 41%. Salesforce also closed the largest deal in the company’s history in the quarter, though Block did not expand on with whom that was though.

While there was no specific call out for revenue growth of the Analytics cloud Benioff did state that Einstein now delivers nearly 2 million predictions every day. That is twice the amount of the previous quarter. What isn’t clear is where Salesforce feels that it could do better, a question that analysts didn’t ask.

Salesforce continues to grow internationally as well. EMEA grew 31% and APAC 30% in constant currency. The recent opening of an Australia region will have boosted those results in APAC. Importantly for Salesforce its ecosystem is also growing to help sustain this growth. System integrators are increasing their investment in Salesforce. According to Block: “The top five global SIs increased their Salesforce practices by more than 70% year-over-year. In Q1 alone, Bluewolf, an IBM Company, increased the number of certified consultants by more than 200%, a huge indication of demand.”

Salesforce is also attracting new ISV’s to its platform, increasing the community by 52% year over year. It continues to invest on the appexchange, adding Einstein intelligence to the platform last year.

While the share price was broadly unaffected by the news, down 0.84% to $126.88, Salesforce continues to impress. The recent acquisition of Mulesoft will see deeper integration with other applications. This will provide more data for Einstein to analyse. Can it keep the momentum going? Benioff believes so, with a total addressable market for CRM alone being $120 billion there is still room for growth. The question is not whether Salesforce can succeed but outgrow rivals such as Microsoft, Oracle and SAP?

There are still some missing planks in the Salesforce portfolio. It has not gone into the ERP space yet, relying on partners such as FinancialForce, Sage and Rootstock on its platform. It has a close partnership with Workday but at some point one wonders whether it will buy an ERP vendor. The most likely candidates are from within its ecosystem. Any acquisition involving Workday would need the agreement of its founding members due to the share structure.

What is certain is that Salesforce outperforms most of its rivals in terms of growth trajectory. Salesforce continues to break records. However, there may be an reality check in the second quarter. The first quarter, Block admitted, benefited from the strong fourth quarter dragging on. A real measure of success will be if that momentum continues.