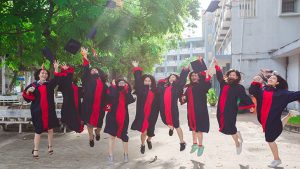 Emercoin has announced it has built a pilot blockchain solution to verify graduate certificates. The goal is a fully verifiable system where graduates can store and share their diplomas and other education certificates. The solution was developed for the Business and Technology University in Tbilisi, Georgia.

According to Eugene Shumilov, chief executive officer of Emercoin: “Built by Emercoin, the new system can fundamentally transform the way education certificates are stored and shared by people.

“We are honored to partner with the Business and Technology University to launch this pilot project, and we look forward to working with other colleges, universities and school systems around the world to build secure new ways for people to certify their education credentials.“

The Business and Technology University in Tbilisi was founded in 2016. It wanted a solution that meant certificates it issued could be seen as trusted and, importantly, could be verified. With students investing heavily in their degree studies, there was concern that the global trade in fake degrees could weaken their achievements.

The need for a trusted solution

Fake degrees are a global problem. The expectation that without a degree you are not worth employing has forced people into buying degrees online. Many of the degrees come from fake universities but an increasing number purport to have been issued by leading universities. In a BBC investigation earlier this year it discovered: “Thousands of UK nationals have bought fake degrees from a multi-million pound ‘diploma mill’ in Pakistan.”

It claimed that those buying the degrees included: “NHS consultants, nurses and a large defence contractor.” They are not alone. Politicians in Pakistan, Spain and Australia have been caught with fake degrees as have doctors, engineers and other professionals.

When a student is awarded a degree, it will be entered on the Emercoin blockchain. When an employer wants to verify the degree is real, they can be given access to verify it exists, what it was awarded for and the level of the degree.

Emercoin not the first to deliver a blockchain solution

In July 2017, SAP launched TrueRec, its blockchain application for qualifications. This is not just focused on education. It is a secure blockchain-based wallet for holding credentials. As such it is as much an identity solution as it is a means of recording education. Crucially it doesn’t link with traditional universities to get their evidence. However, SAP has linked it to the openSAP massive open online course (MOOC) to record what courses have been taken. This system is built on Ethereum.

In August 2017, IBM and Sony announced that they were building a blockchain-based solution for education. That solution is designed to be a student records platform and is built on Hyperledger. It is being sold to universities and colleges in the Far East.

In November 2017 APPII launched a blockchain-based solution to verify CVs. It targets more than just educational awards. It captures proof of work history. While its primary goal is to make CVs more trustworthy, part of that process is the need to prove that educational awards are accurately recorded.

As long as governments and employers insist that a degree is required for all jobs and that success isn’t possible without one, there will be a thriving industry in fake degrees. Cyber security is one industry that is beginning to realise that its dependence on degrees means it will have a massive skills shortage for a least a decade. However, the skills it requires are often practical and there are many other ways to train potential employees.

Emercoin says that this solution is to be offered to other education providers and will be made available as an open source project. It will be interesting to see how quickly it is taken up.