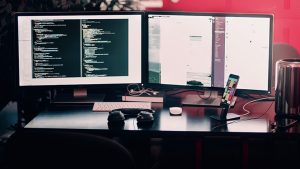 Co-founder and Vice President of Product at Datical, Pete Pickerill talked with Enterprise Times about DevOps and data. Everything we do in IT revolves around data yet when it comes to including it into the development process, people get wary.

Part of the problem is that we are still using approaches from 10 years, 20 years and even longer. IT creates copies of databases for developers to work against. But if there is a restructure or change to that to core database it is rarely reflected in the test and dev versions. This means that when apps move into testing or are accelerated into production, things fail.

There are other issues that Pickerill highlighted. The age of the database versions themselves. He says that many customers are working on database versions that are less than 10 years old. However, there are others working on older versions. The biggest challenge is when that database is critical to the whole business. Nobody wants to patch and update it because they are worried they will break something.

The problem with all of this is that organisations want to be agile. They want to deliver code that gives them business advantages over the competition. The developer community has begun to realise that this is now more than just code. Security is becoming a core part of that process. Data, unfortunately, is not.

To hear what Pete Pickerill had to say, listen to the podcast.