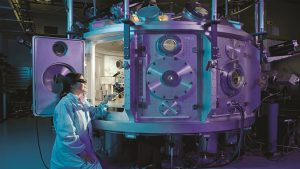 Peerwith is an online peer-to-peer marketplace for scientists and researchers. It describes itself as Uber for academics. It’s goal is to simplify the process for academics, researchers, editors, writers and translators to find and work with each other. It has managed to attract a number of universities and publishers to its plans and is now embarking on the next phase.

Launched in 2015, Peerwith has already attracted an Angel investor, acquired seed funding and launched its own crowdfunding plans. This has led to over 100 institutions signing up to Peerwith bringing with them over 1,500 experts. It has now launched its own secure, blockchain-based payment token. This is called the PeerScienceCoin (PSC).

Ivo Verbeek, Co-founder and Director of Peerwith, commented: “The launch of PeerScienceCoin marks a significant step forward in our development as a company. We expect PSC to become the primary payment tender on the Peerwith marketplace, increasing speed, efficiency and security of business deals, with automatic payments taking place after successful delivery of services. We are excited to see the platform grow and evolve following the introduction of PSC.”

Peerwith plans an initial offering for PSC. This will enable it to gauge interest in a blockchain-based payment solution. There is no reason to assume it won’t work. There are also other benefits that this offers.

What exactly is Peerwith offering?

As mentioned, this is about bringing all those involved in the creation, publication and sale of academic papers into a single marketplace. The underlying goal of connecting scientists and researchers is not new. Universities are all competing for projects and grants, be those governmental or commercial. As a result, they have their own networks to make connections between people.

The large academic publishers come at this from a different perspective. They have the editorial, translator and sales teams available. They use these to sign-up academics to publish under their imprint.

For both groups, the biggest challenge is monetisation of staff time. By offering a peer-reviewed marketplace, Peerwith has something for everyone. Academics can find the people they want, validate and prove they can do the job and then collaborate with them. Institutions and publishers can make sure that their teams are able to compete against independents with specific skills.

Secure collaboration: This is at the core of the Peerwith platform promise. It is using HTTPS to protect data in flight and uses external authentication services. Presumably these are using secure APIs although there is no mention of this. What is missing is an encryption process by which collaborators can share documents. It would see all documents encrypted before transmission and ensure that decryption keys can be tracked.

Micropayments: PSC is part of the solution. It will allow parties to pay each other through the platform. It also gives Peerwith control. For those paid in other ways, PayPal is the current payment provider delivering an escrow service run through PayPal.

Mediation and disputes: The two parties are encouraged to come to an agreement themselves if there is a dispute. However, Peerwith also offers to be a mediator if the relationship breaks down provided all communication has been through its platform. This prevents it being pulled into more complex disputes and having to validate communications between parties. What would be of more interest would be Peerwith doing a deal with Kleros to use the Justice Protocol. It would be something that could sit on top of the new blockchain-based process.

Copyright: As with other forms of publishing there is a lot of concern over the accuracy of attribution and copyright. Using a blockchain-based solution underneath Peerwith provides an interesting opportunity. It could begin to use smart contracts. These would provide the deadlines and controls for the delivery of work. It would also have clauses that determine what rights an individual has in the final work. For publishers, this will make contracts and royalties much easier. It will also increase trust in terms of individual pieces of work.

This is yet another use of blockchain-based solutions by a platform. On face value the blockchain element is purely to allow Peerwith to offer the PSC. If this is all is does then that will be disappointing.

There are several opportunities that Peerwith can take advantage of with a blockchain-based solution. Smart contracts, mediation services, rights attribution and potentially even rights management are all possibilities. If done properly, it would be able to integrate its blockchain offering into those of other companies.

The big question is will scientists, researchers and others will buy into the PSC? The market is awash with Initial Coin Offerings at the moment. Most are considered to be pure speculation by regulators and little more than a gamble. For many researchers who seemingly live on the edge given the low rates of pay in academia, this might be a gamble too far.

However, Enterprise Times believes that if Peerwith grasps the wider blockchain opportunities then this will be an interesting platform to watch.

How important is the John Keells Logistics win for Infor?

Business Ian Murphy - October 30, 2020 0
Apple has reported its FY20/Q4 results showing that sales continue to increase, despite the global lockdown and a drop in sales in China. Despite...

Colour a cell dependent upon another

Tips Krys Murphy - October 30, 2020 0
There are many different situations where we need to colour cells in Excel to help us understand the data more quickly. To be able...